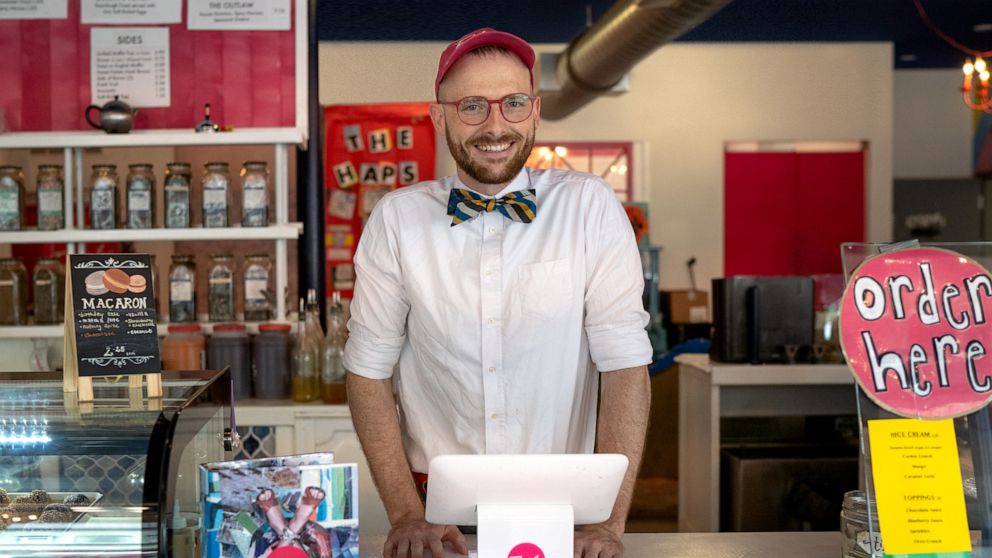 Even as states across the country begin lifting stay-at-home orders, many businesses are still being forced to rethink how they can attract customers amid ongoing coronavirus fears. For some restaurants, that means the era of closely guarded secret recipes is over.

Instead, they're converting their signature dishes into do-it-yourself kits for patrons to replicate at home, and turning to the internet to create the kind of community their physical spaces once provided.

Before coronavirus, 45% of people nationwide ate out at restaurants multiple times a week, according to Toast, a restaurant and management point-of-sale software company. But as restaurants were forced to close their front-of-house operations and rely solely on delivery and carryout orders, profits have tumbled.

Teatotaller, which made a name for itself by hosting the largest weekly teen drag queen shows in the country, is known for its French macarons and fresh boba tea, a Taiwanese drink that comes with chewy tapioca balls, and became a must-stop for nearly every major 2020 candidate running for president.

But after coronavirus forced the Somersworth, New Hampshire, cafe to close in March, owner Emmett Soldati questioned whether his business could survive.

"As a cafe that has drag shows, our model wasn't built on takeout. You don't get a fancy latte delivered to you, 30 minutes later, in a lukewarm cup." Soldati told ABC News.

Instead of lukewarm latte deliveries, Soldati focused on sales of boba tea, which is served cold. He came up with "Doorstep Boba," allowing customers to order freshly made-to-order tea right to their home.

Shortly thereafter, he started hosting his weekly teen drag shows on Instagram, and that led to yet another business innovation.

Between livestreams, customers would ask for tips on how to replicate their favorite Teatotaller pastries at home. So Soldati started selling DIY baking kits and offering livestreamed tutorials for beginner and intermediate bakers.

By May, his daily revenue tripled.

Three thousand miles away, another boba tea business found success in a similar way. After being forced to close 10 locations of RareTea across the state of California, owner Tony Lei set out to teach his customers the trick to making fresh boba at home.

He selected his most popular teas and quickly set up an online recipe book. Lei told ABC News simplicity was key: "At the end of the day if your recipes are way too complicated. No one wants to buy for the second time."

Initially, Lei thought his online store would have no more than 20 orders a day, but within weeks he was selling between 100 and 150 kits daily. Lately, he has begun working at 9 a.m. and finishes packing orders with his team of seven people at 11 p.m.

Despite being based in California, Lei says 60% to 70% of his DIY boba kits are shipped to the East Coast. Revenue from the kits, which range from fruit teas to milk teas, have allowed Lei to offset rent at his storefronts and warehouse for now.

In Monterey, California, the co-owners of Captain + Stoker, another niche cafe, are also hoping they can keep their relatively new business afloat by helping others learn to make their own specialty drinks.

For most of their lives, Kelsea Richmond and her fiance, Tyler Ellis, rarely drank coffee. But in 2018, they met another couple that needed help opening and managing a new coffee shop and they took a leap of faith. Three months later they bought the business outright.

The first two years were a challenge, and the couple had to learn about the café business on the fly.

"Neither of us had actually done any of the roasting, but when we took over we had one week to figure out how to roast coffee and somehow we did it," Richmond told ABC News.

The business was thriving enough to employ a staff of 15 by the winter of 2019 and turned a profit for the first time. But just a few short weeks later, coronavirus hit, forcing the couple to close their business to the public, and rely solely on online sales of items like coffee beans, mugs, T-shirts and bandanas.

And for customers craving a caffeine fix, the Captain + Stoker website offered them a chance to become at-home baristas. They began selling packets of nitro-sealed coffee in various flavors that are steeped in hot water for four to five minutes to replicate the specialty coffee on their menu. In addition, Captain + Stoker started offering a subscription service for customers who wanted their unique whole coffee beans delivered every two weeks.

Captain + Stoker and RareTea are among the thousands of California businesses that have slowly reopened their storefronts after the statewide shutdown was lifted. Despite their success converting their businesses to an online-only operations, the owners of both cafes say they stand to make more in their physical location.

"The money we are making [online] is simply on the edge of cutting even every day," Richmond told ABC News. "Because people don't get the experience of a restaurant, it loses its charm."

Back in New Hampshire, Teatotaller is still closed even though the Granite State was among the first to start reopening. Soldati said he's doubling down on the business model he was forced to adopt by investing in web design, video and marketing as well as social media.

And while he initially thought closing the café would mean missing out on the special relationships he's able to forge with customers, Soldati said the virtual community built has, in some ways, been even better.