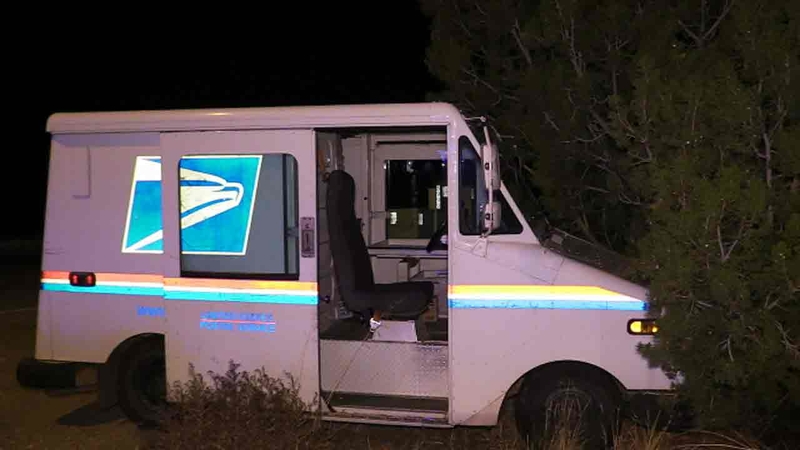 The brazen post office burglary happened at about 3:30 a.m. in the 3300 block of Smith Avenue, according to officials from the Palmdale Sheriff's Station.

Five sets of key rings with master keys to the rural community's mail boxes were stolen during the burglary.

Two post office trucks full of mail were also taken and one led Palmdale sheriff's deputies on a brief chase before the vehicle crashed near Shannondale Road and Sierra Highway, according to officials.

Quickly following the crash, the driver of the stolen mail truck was picked up by someone in a dark Ford Mustang, which deputies also chased. The pursuit had to end due to the Mustang going at least 80 mph and low visibility in the area, according to sheriff's officials.

The second mail truck that was taken was found near Escondido Canyon and Jones Canyon roads.

Residents in the community were angry the burglary occurred during the holiday season.

"Around Christmas, everybody expects their mail and, especially in Acton, of all places," said resident Roy Fimbres. "This is a beautiful town and I've been here since '88, and nothing like this ever happened here."

Detectives said one of the suspects in the burglary was taken into custody Monday afternoon, but no further details were available. Anyone with information on the incident was urged to contact investigators at 1-800-222-TIPS.