OC nonprofit preparing to help some of the 50,000 Afghan refugees expected to resettle in US 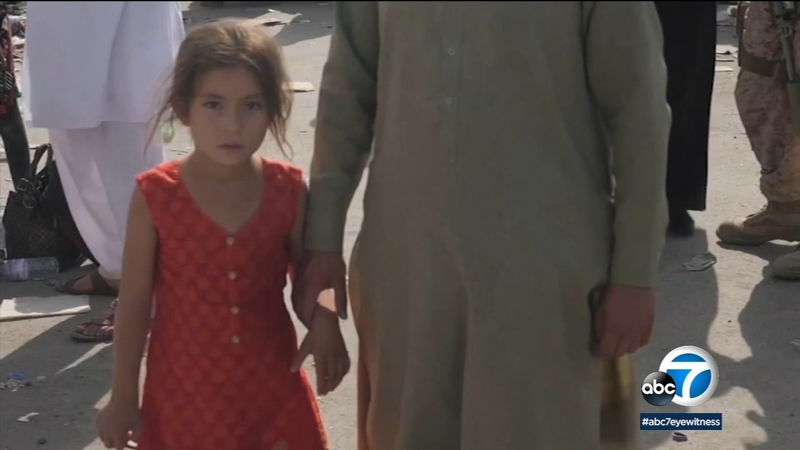 OC nonprofit among many eager to help Afghan refugees

ANAHEIM, Calif. (KABC) -- As the U.S. prepares for the arrival of 50,000 or more Afghan refugees, as predicted by President Joe Biden in an Aug. 19 exclusive interview with ABC News, among the many questions lingering in their arrival are regarding where they'll resettle, and when.

Nahla Kayali is preparing, too, for her organization to be among the many helping refugees adjust. She is the founder and executive director of Access California Services, a non-profit she launched after her own experience as a refugee.

Kayali said AccessCal is working with an Afghan family who arrived last week. The road, for many, can be a monthslong or yearslong process. For Ahmad Mohammadzai, it was the latter.

"Years ago, we received a lot of threats from Taliban, because my brother worked with the US government," said Mohammadazai.

Mohammadazai told ABC7 those ties are what led to his brother's ticket out, through the Afghan Special Immigrant Visa.

The threats from those ties became Ahmad's motivation to leave.

"We applied for the United Nations refugee agency," said Mohammadazai. "We applied and we waited about five years in Malaysia to arrive in the USA and get the visa."

Ahmad's new community in Anaheim welcomed him Friday with an introduction to local officials.

As he and fellow refugees prepare for life in America, he often thinks, too, of the life he left behind.