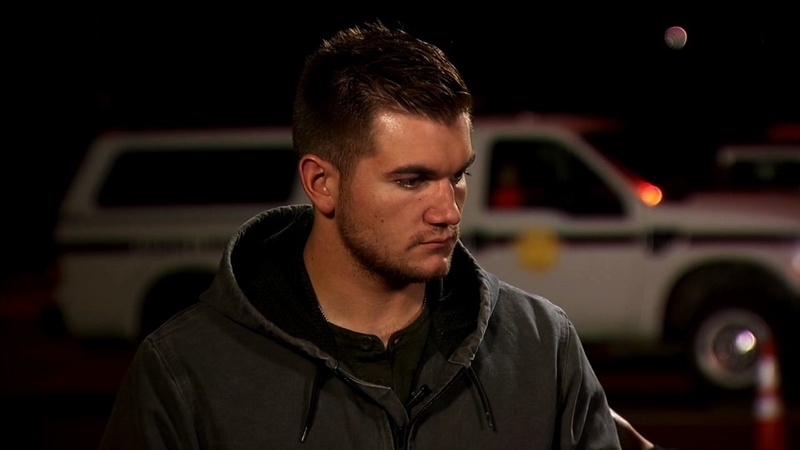 Alek Skarlatos, one of the Americans who became an international hero when he stopped a terror attack on a Paris train, was enrolled in classes at Umpqua Community College this semester. The Army National Guard specialist was not in Roseburg Thursday when a gunman opened fire on campus, but wishes he could have tried to prevent another tragedy.

"While I was fortunate enough to be in the right place at the right time in August aboard a train bound for Paris, I only wish that the same could be said for today," Skarlatos wrote on Instagram Thursday.

Thursday's events ended differently from the near-tragedy in Paris six weeks ago, when Skarlatos and two other Americans took down an attempted terrorist on a Paris train. When asked on Good Morning America if he would have repeated his heroic act, Skarlatos said, "I would have tried, anyway."

Skarlatos was not on campus because he was in Los Angeles for Dancing With the Stars, on which he is a contestant this season. He said he found out in the middle of rehearsal and booked a flight home as soon as he could.

"I got a text from one of my friends telling me what had happened," he recalled, "and I was just in total shock."

Heading home to roseburg tonight. Everyone send thoughts and prayers to the families

Skarlatos said that all the friends and family he has checked in with are safe.

"My heart really goes out to the people who can't say the same," he said.

Skarlatos, who has lived in Roseberg for six years, said he's still trying to wrap his head around how such a tragedy could happen in his community.