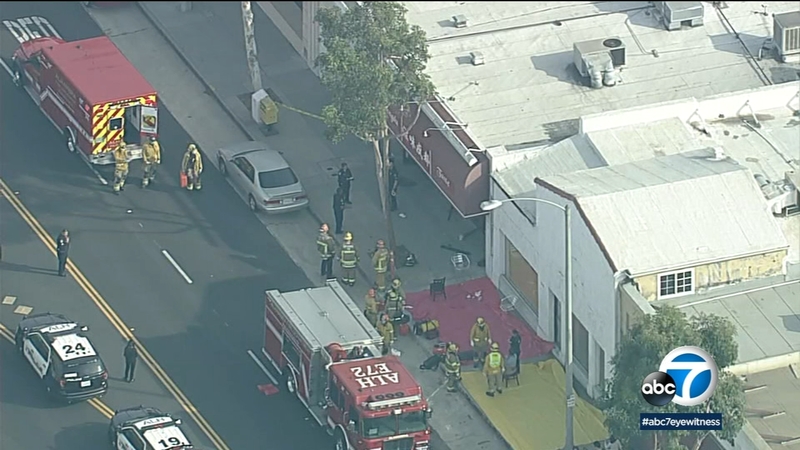 ALHAMBRA, Calif. (KABC) -- Six people were hospitalized after a car slammed into a restaurant Thursday afternoon in Alhambra, officials said.

The crash was reported shortly before 1:30 p.m. in the 800 block of West Valley Boulevard, according to the Verdugo Fire Communications Center.

Three people were immediately transported to a medical center, two others were moderately injured and a sixth patient was hospitalized after a delay, a fire official said. Whether the patients were pedestrians or occupants of the vehicle was not immediately clear.

News video from AIR7 HD showed firefighter-paramedics performing triage at the scene, with red, yellow and green tarps spread out on the sidewalk.

Investigators say the driver accidentally hit the gas instead of the brakes while making a turn, and remained on scene and was being cooperative.