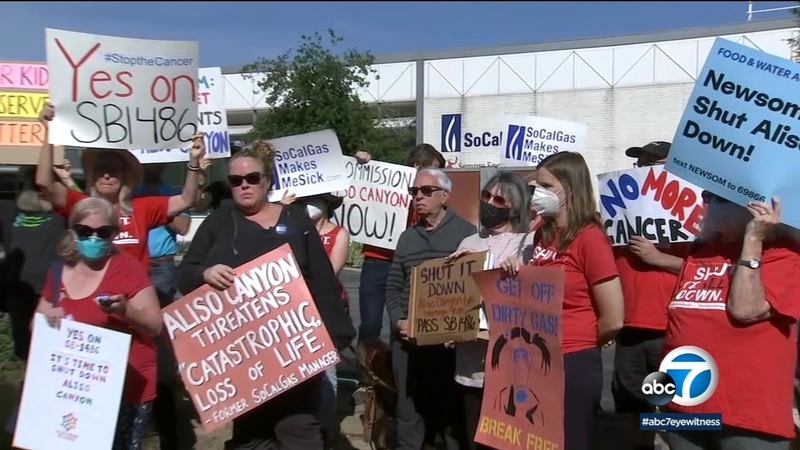 Flanked by demonstrators who support the legislation, Stern outlined the proposal at a press conference Wednesday outside the SoCal Gas building in nearby Porter Ranch.

The company operates the gas storage facility, which activists want shuttered even though engineers capped the massive methane leak that began in October 2015.

"We started this fight back in 2015," Stern said at Wednesday's rally. "And it was a shame that the Public Utilities Commission decided to reopen this field last winter."

Stern's bill calls for the complete shutdown of the facility by 2027 in an effort to stem the dependance on fossil fuels.

The blowout at the natural gas facility was capped after 111 days. It was the largest methane leak in U.S. history spewing, potent greenhouse gas into the atmosphere and sickening many residents in and around the Porter Ranch residential community.

"It should have been shut down five years ago," said protester Monty Preston, "because it's still a danger to the community and the health of the people in the community."