Four-year-old Salvador Esparza III of Monrovia was killed and a man was injured in a shooting in Altadena Tuesday, authorities said.

ALTADENA, Calif. (KABC) -- A 4-year-old child was killed and a man was injured in a shooting in Altadena late Tuesday evening, authorities said.

A family and friends were out on the front porch of a home in the 300 block of Figueroa Drive around 10:30 p.m. when a suspect walked up and fired at least 13 shots, then fled in a black car, according to Los Angeles County Sheriff's Department Lt. John Corina.

The child and a 27-year-old man were struck by bullets. Both victims were taken to the hospital.

The child, who was shot in the head, died during emergency surgery and the man was undergoing treatment for his injuries. The boy was identified as Salvador Esparza III, of Monrovia, according to the coroner's office.

"A bullet has no name so it ended up striking the child who just happened to be out on the porch," Corina said.

Authorities initially said the shooting was a drive-by, but it is no longer considered a drive-by shooting.

Corina said investigators believe there was an argument in the area earlier in the evening, and they think the suspect lives in the neighborhood. The argument was broken up, and then the suspect returned and committed the shooting, he said. The suspect is believed to be a gang member.

Authorities said the man who was shot was a friend of the family and has no relation to the child.

Corina said the preliminary investigation revealed that the suspect drove off a dark-colored or black vehicle, but the type was not determined.

Residents said the home on the corner has been a trouble spot before, but not in any situation such as this. Now, many say they don't feel safe walking around.

"I don't feel safe walking around that place anymore, especially after the gunshots and the little kid died. It's not safe anymore," resident Alejandro Lopez said.

A community prayer service is scheduled for Thursday at 7 p.m. at the Hillside Tabernacle Church, 2561 N. Fairoaks, Altadena.

The investigation was ongoing. Anyone with more information may call the LASD Homicide Bureau at (323) 890-5500. Those wishing to remain anonymous may call Crime Stoppers at (800)222-8477. 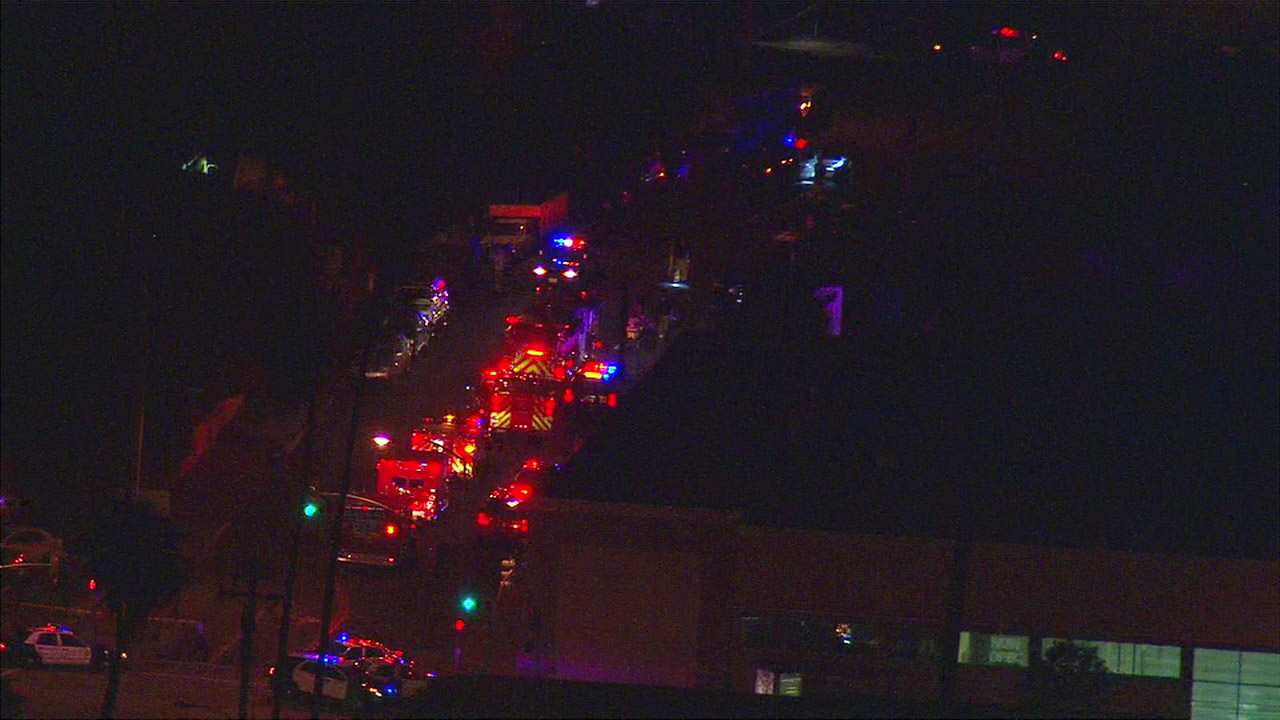