'Have a good time!' Chayce Beckham offers advice for hopefuls trying out for 'American Idol' 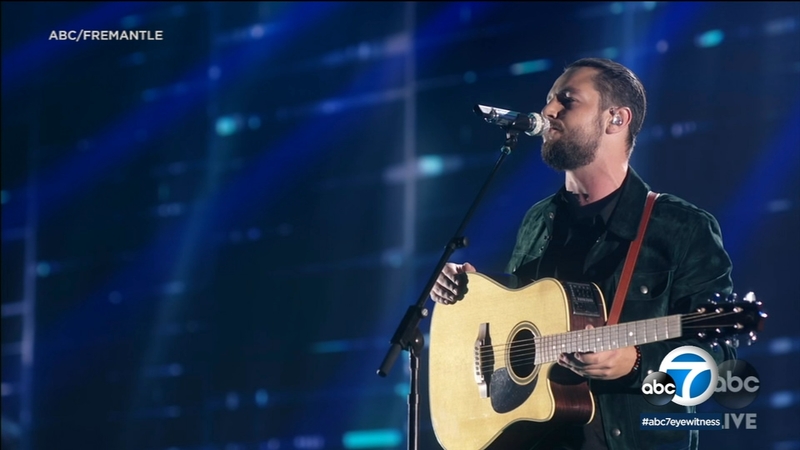 HOLLYWOOD -- "American Idol" is currently holding virtual auditions in all 50 states and the District of Columbia. The virtual auditions for California are Saturday, Aug. 21. And current "Idol" Chayce Beckham says it's not too late for you to give it a go!

Beckham flew the Apple Valley coop to live in Nashville, so he could take the next step in his career.

He says he'll have some new singles in the next couple of months and an album by early next year. He calls his time since winning "Idol" hectic and crazy.

"Just writing, meeting people and, you know, putting together my music and what I'm trying to put out. So it's been very, very busy and hectic and I love it," said Beckham.

Beckham has actually come a long way in a short time, from his own audition, to winning, to starting his career.

"It was kind of just one of those things where my parents were on me so much about it that they wanted me to kind of just say 'yes' and that's kind of like what we got down to. I was, like, 'Fine, you guys bugged me enough about it. I'll say yes and I'll do it.' And then it changed my life," said Beckham.

And he believes it could change yours, too. He'll be joining California hopefuls in the "Idol Across America" waiting room on Saturday for some Q&A, audition tips and more.

"Sign up, audition, have a good time. It's really easy. It's never been easier. Just log on to your computer at home. You can do it from your couch. Just sign up and audition, you know? That's what happened to me and they put me through," said Beckham. "And then the next thing you know, on and on and on and on, like domino effect. But, yeah, it all starts with, you know, clicking that button and signing up."

He says you'll never know if you don't try! If you're interested, you'll find all the details and eligibility requirements here: www.AmericanIdol.com/auditions.