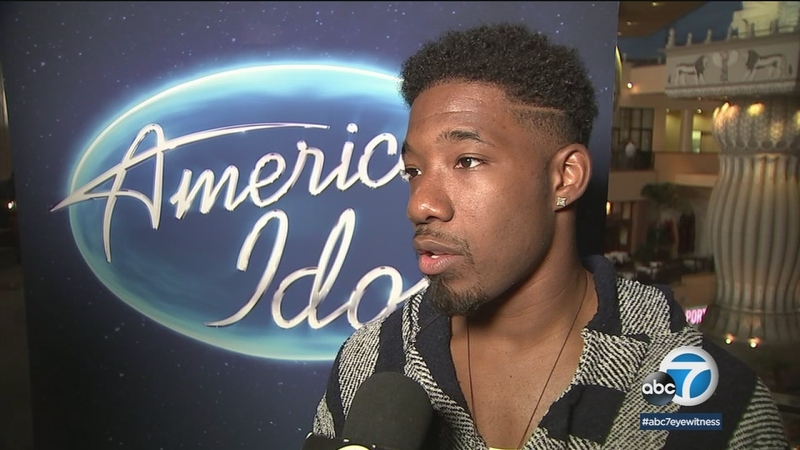 LOS ANGELES (KABC) -- A familiar face made a triumphant return to "American Idol." Marcio Donaldson auditioned during season 15 of the competition.

The Compton resident made it to the Hollywood round, but got sent home after the group performance. Donaldson took it as a learning experience and a testament to what faith and hard work can get you. He came back to compete all over again.

The 28-year-old singer has had to face many obstacles in his young life, but he believes it is music that kept him focused on living the best life he can. He gives credits to a program he took part in at the Watts Tower when he was younger.

"It was amazing, it kept the inner city kids doing something with their lives, productively," said Donaldson. "So I found my outlet. And I want to let others know, find your outlet. When there were times when I was feeling sad or lonely or abandoned, I would sing and my day would switch from that dark depressed stage into a sort of bliss."

Last year, Donaldson took on the responsibility of caring for his sister's new baby. She was dealing with a drug problem; and when authorities came to check on the newborn, Marcio immediately knew it was his time to step up.

"They came to me they told me I only had 10 minutes to decide or he goes into the system," said Donaldson. "So I said, 'No thank you, I'll take him.' I took that responsibility on because I didn't want him growing up the same way I grew up. I want to do this for him."

Donaldson hopes to be an inspiration not just to his nephew, who he calls his son, but also for every dreamer out there.

"Growing up in the inner city, it was hard. It was tough, and a lot of people succumb to the circumstances. So I wanted to be a light for those who don't believe in dreams or don't see them being possible or obtainable, you know what I'm saying?"