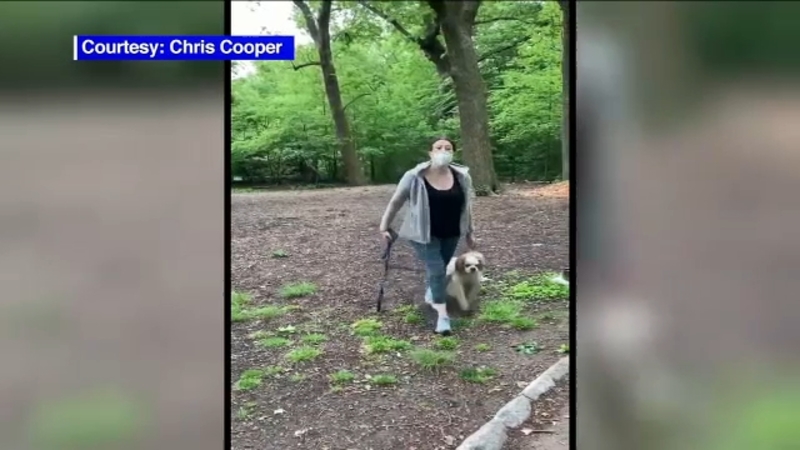 White woman who called police on Black birdwatcher due in court

NEW YORK -- Court has been rescheduled for the white woman who called the police on a black birdwatcher in Central Park.

Amy Cooper's court hearing has been adjourned to February 15. She has not completed her restorative justice program.

Cooper is charged with filing a false police report after calling 911 in May and claiming the birdwatcher, Christian Cooper, was threatening her.

It's likely she'll be required to perform community service.

Court appearance and paperwork from October 2020 revealed Amy Cooper made a second call to 911, alleging the man "tried to assault" her inside the Ramble in the park.

It was the first time authorities revealed a second 911 had been made.

Only the first call -- alleging the man was threatening her and her dog, with Cooper stressing he was an "African-American man" -- had been previously reported, after it was posted to social media.

When police arrived, Cooper told the officers that she made the calls. The officer asked if the man she was describing "tried to assault or touch her in any way, and she said no."

"Using the police in a way that was both racially offensive and designed to intimidate is something that cannot be ignored," Assistant District Attorney Joan Illuzzi had said in October. "This process can be an opportunity for introspection and education. Over the next few weeks, we will be exploring with the defense, a program designed to have the defendant take responsibility for her actions, but also educate her and the community on the harm caused by such actions. We hope this process will both enlighten, heal, and prevent similar harm to our community in the future."

"Our Office is committed to safety, justice, and anti-racism, and we will hold people who make false and racist 911 calls accountable. As alleged in the complaint, Amy Cooper engaged in racist criminal conduct when she falsely accused a Black man of trying to assault her in a previously unreported second call with a 911 dispatcher. Fortunately, no one was injured or killed in the police response to Ms. Cooper's hoax. Our Office will pursue a resolution of this case which holds Ms. Cooper accountable while healing our community, restoring justice, and deterring others from perpetuating this racist practice."