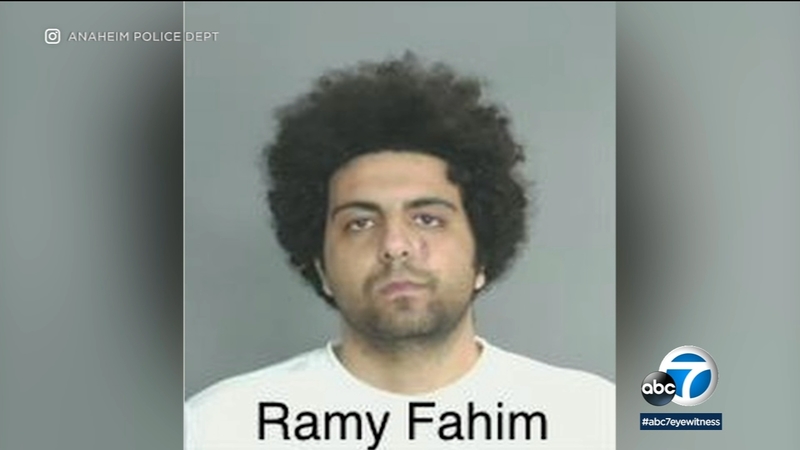 ANAHEIM, Calif. (CNS) -- A 26-year-old Irvine man was charged Friday with special-circumstances murder in the fatal stabbing attacks on a co-worker and that man's roommate.

Ramy Hany Mounir Fahim was charged with two counts of murder with special circumstances of multiple vehicles and lying in wait. He also faces a sentencing enhancement for the personal use of a deadly weapon. Fahim would face at least life in prison without the possibility of parole if convicted at trial. The special-circumstances allegation makes him eligible for the death penalty.

Fahim is accused of fatally stabbing 23-year-old Griffin Robert Cuomo and 23-year-old Jonathan Andrew Bahm, both of Anaheim, according to Sgt. Shane Carringer of the Anaheim Police Department.

Police were called at about 6:30 a.m. Tuesday regarding an assault in progress in an apartment in the 2100 block of East Katella Avenue, Carringer said.

Officers found the bodies of the two victims as well as Fahim, who sustained a minor injury, Carringer said. Fahim was taken to an area hospital, treated for the wound and then questioned by detectives, who ultimately bookedhim on suspicion of murder.
EMBED More News Videos

Two men were found dead and another was found with minor injuries inside an apartment near Angel Stadium Tuesday morning, according to police.

Fahim did not enter a plea at his arraignment in the jail courtroom in Santa Ana. He is scheduled to be arraigned May 6 in North Justice Center in Fullerton.