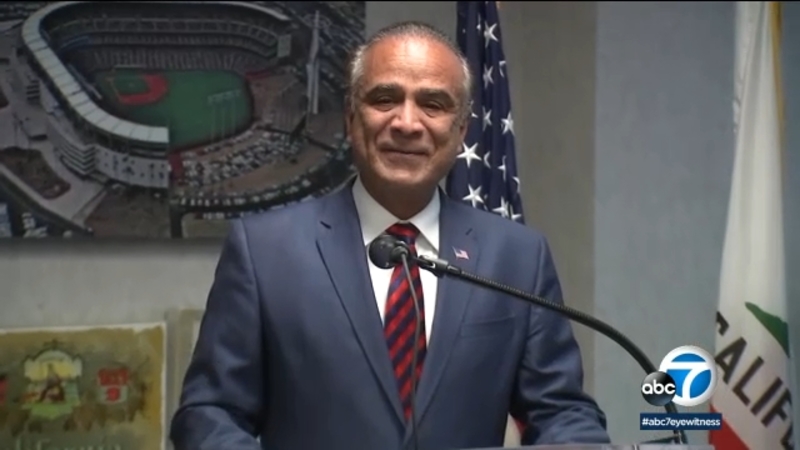 Messages left with Sidhu and his attorney, Paul Meyer, were not immediately returned. Sidhu has not commented publicly on the allegations.

Sidhu did not attend Tuesday's council meeting, and if he misses another meeting with an unexcused absence his seat could be considered vacant. The council is next scheduled to meet June 7.
EMBED More News Videos

The city of Anaheim's planned sale of Angel Stadium to team owner Arte Moreno's company was halted for at least two months Tuesday by an Orange County Superior Court judge, who agreed to a request by the state to pause the deal amid a federal corruption probe of Mayor Harry Sidhu.

"The deeply troubling issues that have come to our attention involving Mayor Sidhu since May 16, 2022, raise serious concerns and questions about his ability to continue as mayor of Anaheim,'' O'Neil, Faessel and Diaz said in the letter to Sidhu's attorney.

On Tuesday, an Orange County Superior Court judge put the stadium deal on pause at the request of the state Attorney General's Office, which revealed the corruption probe in its legal papers.

In an unusual move, the attorney general's court papers included an FBI search warrant affidavit detailing elements of the federal probe, including two confidential informants, one of whom was wired to secretly record conversations with the mayor.