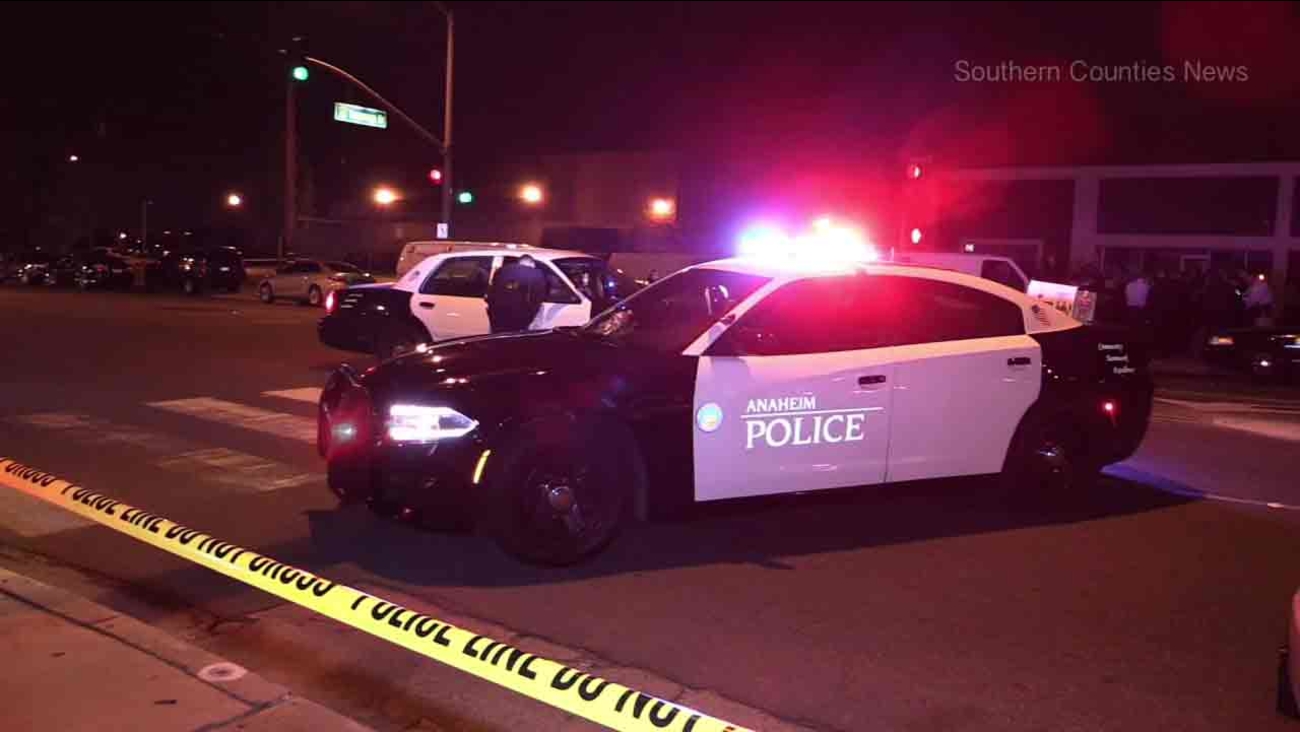 Anaheim Police Department patrol cars at the scene of an officer-involved shooting in Anaheim on Saturday, Nov. 19, 2016.

ANAHEIM, Calif. -- A suspect sought for assault with a deadly weapon was shot and killed in an officer-involved shooting in Anaheim Saturday night.

The shooting occurred just after 9 p.m. near the 91 Freeway and East Street, according to a press release from the Anaheim Police Department.

Authorities were searching for a suspect who had rammed a vehicle on the freeway and attempted to ram another. Police said the suspect's vehicle became disabled in the crash and two men jumped out and took off running.

One of the suspects was found in the 1300 block of N. East Street, which is where the officer-involved shooting occurred.

The 29-year-old suspect was pronounced dead after being transported to a nearby hospital with gunshot wounds.