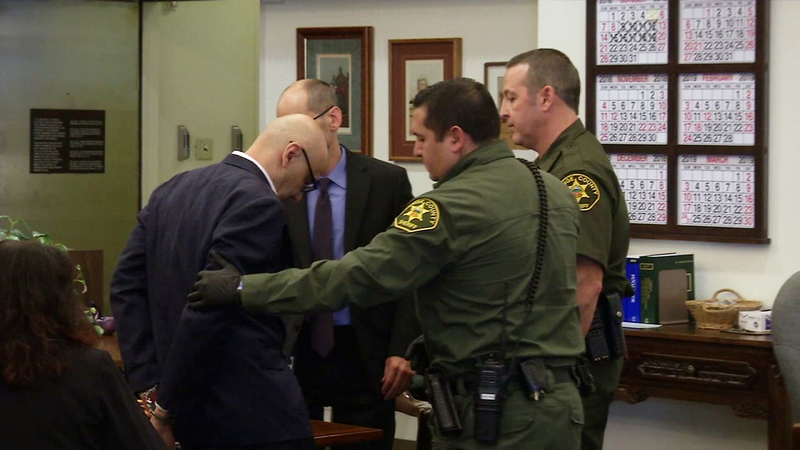 Andrew Urdiales sentenced to death in murders of 5 women

SANTA ANA, Calif. (KABC) -- Serial killer Andrew Urdiales, who was convicted of the first-degree murders of five Southern California women between 1986 and 1995, was sentenced to death Friday.

The 53-year-old former Marine kept his head down as the judge ordered the death penalty. The killer then addressed the court and appeared to apologize.

"To the victims' families, I express my condolences for your loss," he said.

Urdiales was found guilty by a unanimous verdict over the five murders that occurred in Orange, Riverside and San Diego counties.

According to prosecutors, Urdiales' Southland killing spree began in Mission Viejo on Jan. 18, 1986.

"On that day, he left Camp Pendleton with, in his words, a big 'ol hunting knife," senior Deputy District Attorney Matt Murphy said during closing arguments in Santa Ana.

Urdiales fatally stabbed college student Robbin Brandley, 23, while she was walking to her car at Saddleback College.

Later, while stationed at Marine Corps Air Ground Combat Center Twentynine Palms, Urdiales shot and killed four other women in the 1980s and 1990s. Mary Ann Wells was murdered in San Diego. The bodies of Julie McGhee and Denise Maney were found in the desert areas of Riverside County. Eighteen-year-old Tammie Erwin, the youngest victim, was also found dead in Riverside County.

"I had to look at what he did to her and that hurt," father Charles Erwin said Friday about his daughter, Tammie. "And that's going to be hard to ever forgive."

Jennifer Asbenson escaped Urdiales in 1992 and spoke to him directly in court.

Defense attorneys argued that Urdiales was born with brain damage as a result of fetal alcohol spectrum disorder and had a difficult upbringing.

At the time of his May conviction, Urdiales was already serving a life sentence for murdering three prostitutes in Chicago.