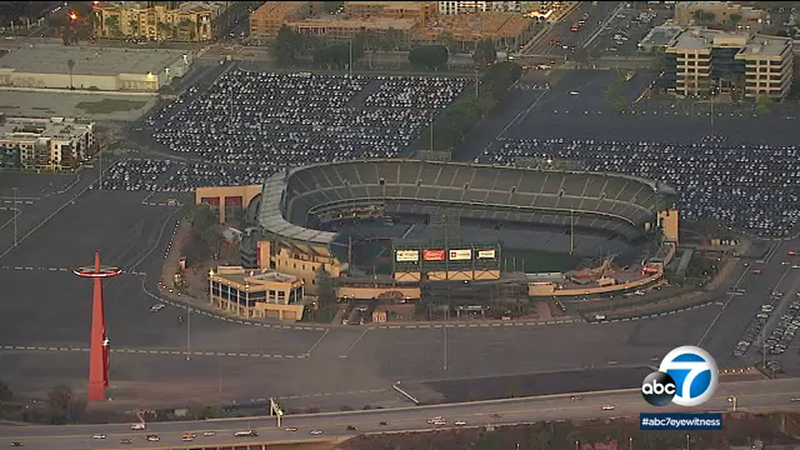 Despite the fact that opening day for Major League Baseball was delayed amid the coronavirus crisis, the parking lots at two of Southern California's stadiums were filled with cars on Thursday.

Both Dodger Stadium and Angel Stadium were seen with thousands of stationed rental cars, as companies are left with a surplus of unused vehicles and limited capacity to store them, stadium officials confirmed.

Hordes of cars were also seen at Santa Ana Park but it's unclear if those were rental cars as well.

MLB has pushed back opening until mid-May at the earliest due to the coronavirus and federal guidelines restricting events of more than 50 people for several weeks.

On Thursday - what was supposed to be the first game of the 2020 season - MLB posted a video on Twitter with the caption "Even though we're apart, we can come together. #OpeningDayAtHome."

Even though we’re apart, we can come together. #OpeningDayAtHome pic.twitter.com/1x9VCifRje