Williams said he believes certain special effects can be recreated with CGI.
KABC 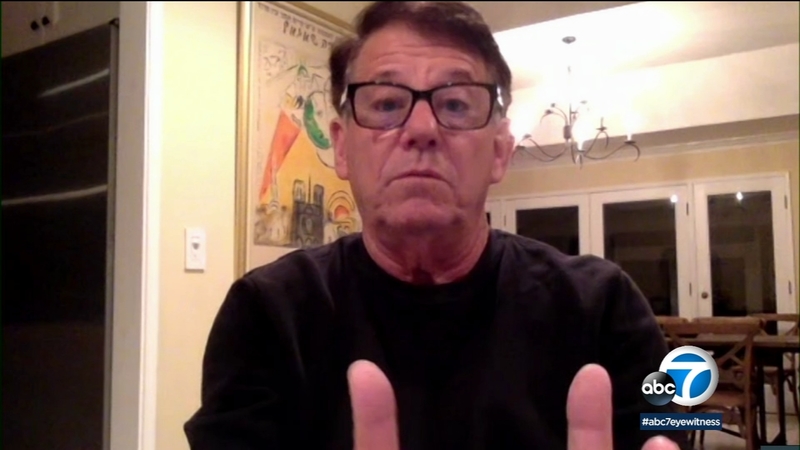 BURBANK, Calif. (KABC) -- The death of cinematographer Halyna Hutchins, who was killed when actor Alec Baldwin fired a prop gun on a New Mexico movie set, has renewed concerns about on-set safety.

Anson Williams, who played Potsie on "Happy Days," echoed many other voices this weekend during an interview with Eyewitness News when he said the tragedy didn't need to happen.

"Obviously, the armorist is unqualified," said Williams. "Obviously, the [assistant director,] didn't do his or her due diligence of really looking. You look. You open it up [and] you see what's in that gun."

Following his acting stint on "Happy Days," Williams has been a prominent television director in the industry for more than three decades. He said he has been on many sets involving weapons and other dangerous devices and as the director he is always careful to personally check guns to make sure they are safe before an actor takes them.

Williams also said there is never any reason to have any live ammunition on a set and believes certain special effects can be recreated with computer-generated imagery (CGI).

A camera operator told authorities that Baldwin had been careful with weapons on the set of the film "Rust" before the actor shot and killed a cinematographer with a gun he'd been told was safe to use, court records released Sunday show.

Cameraman Reid Russell told a detective that Baldwin was rehearsing a scene Thursday in which he was set to draw his gun while sitting in a church pew and point it at the camera. Russell said he was unsure whether the weapon was checked before it was handed to Baldwin.

The camera wasn't rolling when the gun went off, killing Hutchins, Russell told a detective according to a search warrant affidavit.

Authorities said Friday that the assistant director, Dave Halls, had handed the weapon to Baldwin and announced "cold gun," indicating it was safe to use. When asked about how Baldwin treated firearms on the set, Russell said the actor was very careful, citing an instance when Baldwin made sure a child actor was not near him when a gun was being discharged.

The affidavit released Sunday also includes statements by director Joel Souza, who was standing behind Hutchins and was wounded.

It detailed the moments before the shooting and shows that there was turmoil on the set the day of the shooting. Several members of the camera crew walked off the production in a dispute over payment and lodging, Russell said, and he was left with a lot of work to do. Only one camera was available to shoot, and it had to be moved because the light had shifted and there was a shadow.

Souza said that he was focused on how the scene would appear on camera. He said he recalled hearing the phrase "cold gun" being used before the shooting.

He said the scene they were shooting did not call for the use of live rounds.

Souza described the gunshot as sounding like a whip and a loud pop.