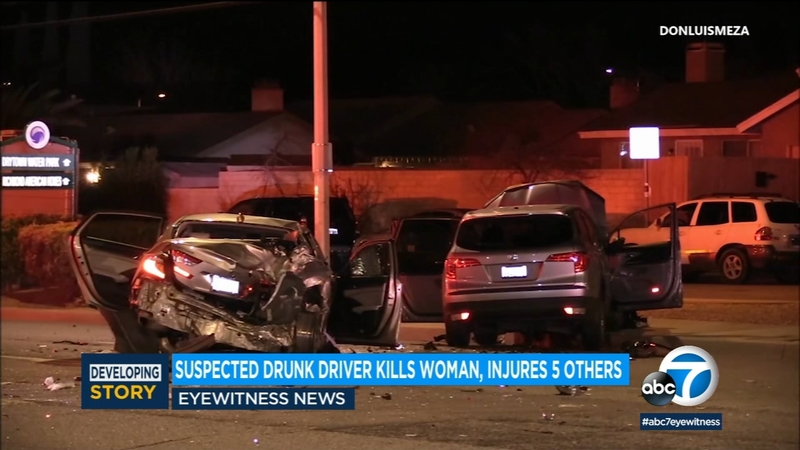 PALMDALE, Calif. (KABC) -- A woman and her dog were fatally struck by a suspected DUI driver, who then fled the scene and injured at least five people in a multi-vehicle crash in the Antelope Valley Thursday evening, authorities said.

The driver fatally struck a woman in her 60s and her dog on Pearblossom Highway in Littlerock just before 8 p.m., according to the Los Angeles County Sheriff's Department.

After fleeing the scene, the driver crashed about 15 minutes later in the 2500 block of Avenue S. in Palmdale. At least four vehicles were involved in the wreck and three adults and two children were injured, authorities said.

The victims in the crash are expected to survive.

The suspect was taken into custody on suspicion of DUI.