ANZA, Calif. (KABC) -- Evacuations for the Anza fire near Highway 74 east of Highway 371 were lifted Monday as containment reached 50 percent.

The fire began 11:45 a.m. Monday at a motor home and quickly spread to nearby vegetation. At 7:20 a.m. Tuesday, firefighters mapped the fire to 487 acres.

More than 350 firefighters, five helicopters and seven air tankers were dispatched to the scene.

One person, who lived in the motor home, suffered first and second degree burns and was taken to a hospital. Three firefighters were taken to nearby hospitals with minor injuries, but were released Monday night.

Highway 74, which was temporarily closed in both directions, reopened at 12:30 p.m. 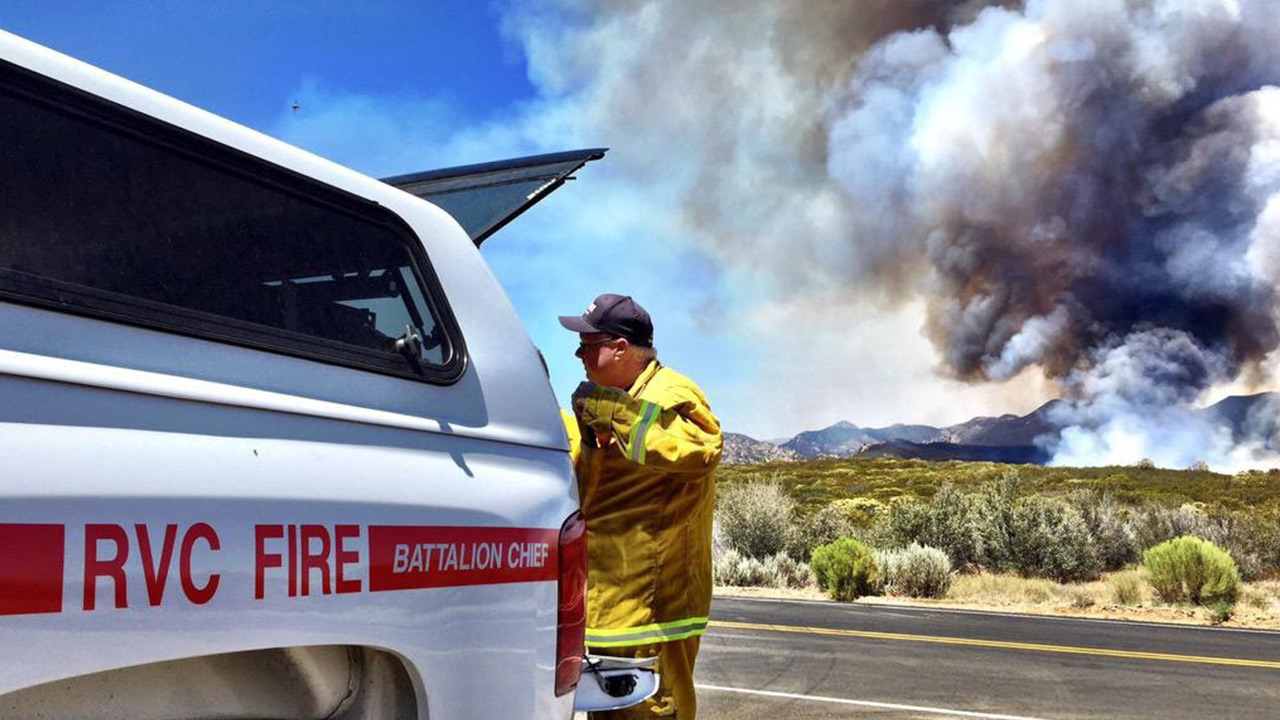