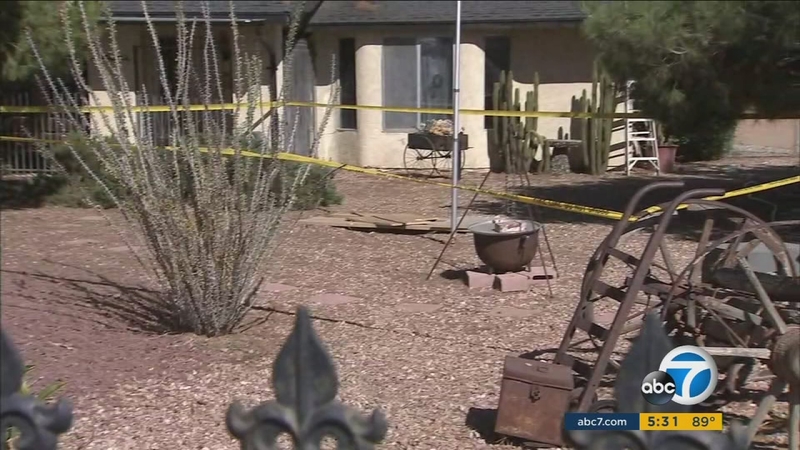 APPLE VALLEY, Calif. (KABC) -- Dennis Love of Apple Valley says he was just walking across the front yard to check on his Ocotillo tree when it happened.

"I was just standing like I am now, and the next thing I know I'm underwater," said 75-year-old Love.

It was a sinkhole that was more than 15-feet deep, just a few steps from his front door on the 21000 block of Zuni Road in Apple Valley. It happened on Sunday around 2 p.m.

"I'm down two or three feet from the top, so I can't reach the top," said Love. He grabbed some exposed tree roots to keep from falling any farther down the hole. "I'm just hanging onto roots with water up to my chest and hollering for help."

His wife Sandy heard his cries for help, but at first she didn't know where they were coming from.

"I came out here to the front, and that's where I found him in that hole," said Sandy Love. "He was way down there, there was no way I could reach him."

She called 911 and ran to a neighbor's home to get help.

Apple Valley police and the San Bernardino County Fire Department showed up within minutes. Using rope and a 16-foot-long ladder, they were able to help Dennis Love out of the sinkhole. He was taken to the hospital just as a precaution.

Sandy Love thinks the sinkhole was caused by failure of the leach pit attached to their septic system.