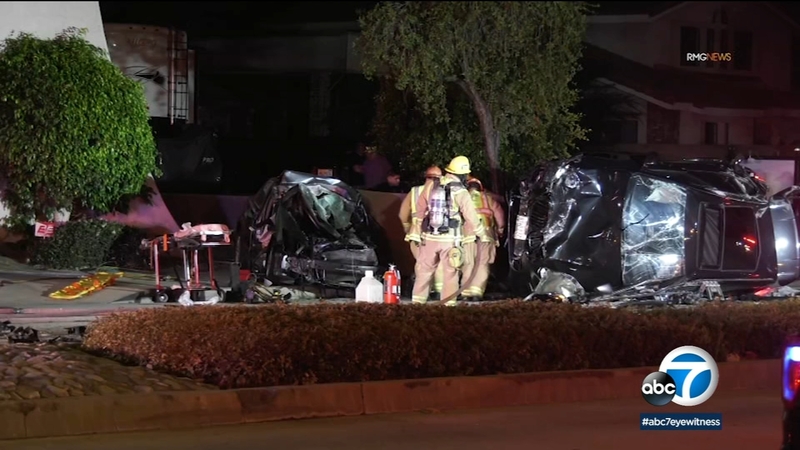 ARCADIA, Calif. (CNS) -- A motorist in a vehicle was killed and his passenger suffered serious injuries in a two-vehicle crash in Arcadia that police believe may have been triggered by a drunk motorist who was speeding, authorities said Saturday.

The crash occurred at about 10:50 p.m. Friday at the intersection of Baldwin Avenue and Las Tunas Drive, where a motorist was pronounced dead at the scene, according to Sgt. Steven Castillo of the Arcadia Police Department.

Paramedics rushed his seriously injured passenger to Huntington Memorial Hospital in Pasadena. The passenger had to be extricated from the vehicle, Castillo said.

"The driver and solo occupant of the second vehicle appeared uninjured, but was suspected of being under the influence of alcohol," he said.

The driver was taken to Huntington Memorial for further evaluation.

"The suspect's vehicle was traveling east on Las Tunas Drive at a high rate of speed," Castillo said. "The suspect lost control of the vehicle, which crossed over the raised median and collided with the victim vehicle, in a head-on type collision."