Members of the Armenian community in Southern California hoped to get the attention of President Trump during his visit to Orange County on Sunday.
KABC 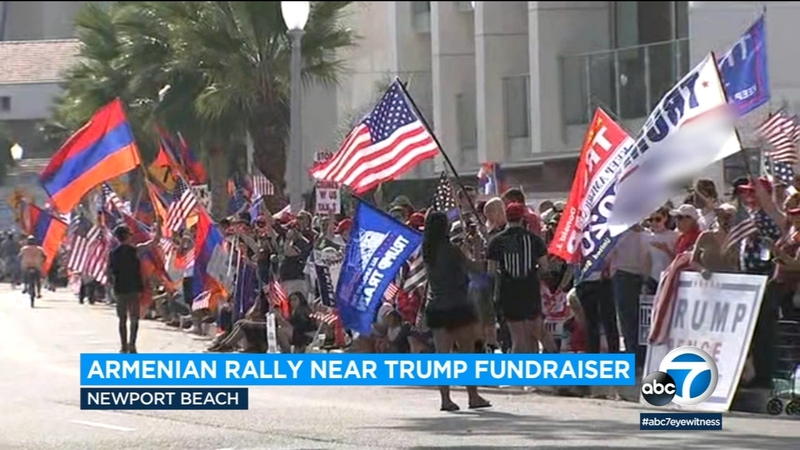 NEWPORT BEACH, Calif. (KABC) -- Members of the Armenian community in Southern California hoped to get the attention of President Donald Trump during his visit to Orange County on Sunday.

They held a rally in Newport Beach calling for his administration to do three things.

They're demanding an end to genocide against Christian Armenians, sanctions against Turkey and Azerbaijan and an end to U.S. funding of so-called war crimes.

Armenia and Azerbaijan are blaming each other for the breakdown of a new cease-fire agreement over a disputed region between the two countries, the region of Nagorno-Karabakh.

The Azerbaijan Ministry of Defense claims Armenia fired mortars and artillery at the southwestern part of the country.

The cease-fire was supposed to start Sunday.

Tensions between the two countries have flared up over the past few weeks. Hundreds have died in the fighting, including civilians.