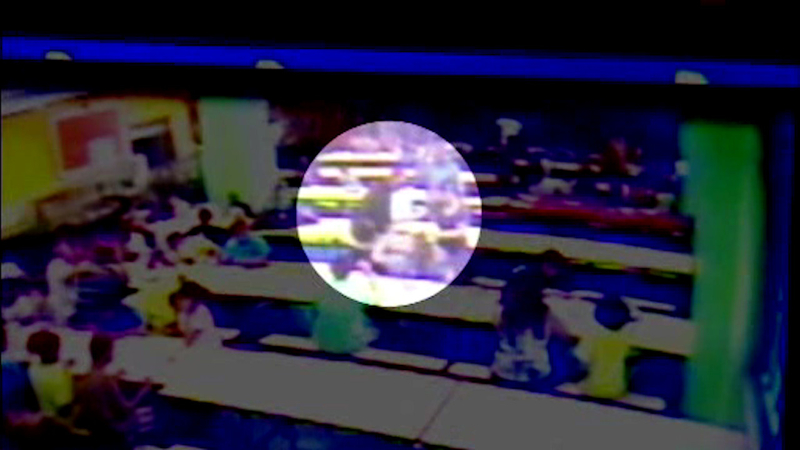 NEW YORK -- For the first time, we are seeing disturbing video of a student with autism punched by a paraprofessional at a school in New York.

The paraprofessional, 59-year-old Milton Parker, has pleaded guilty to hitting the student, and now the tape of that assault has been released.

The boy's parents have filed a lawsuit.

Anatoly Veltman is now 13 years old. His bruised eye and concussion have healed, but the nightmare is far from over for his family

"My son, now even when we pass by the school, he runs away from me, he's afraid of the school building since what happened to him," said Anatoly Veltman, Sr., the victim's father.

The incident occurred inside PS 225 in Brighton Beach in August 2014. Eyewitness News was told that the boy, who has the mental capacity of a 6-year-old, was acting up in the lunch room.

The video shows Parker approach young Anatoly, and then the blow.

"It is outrageous and unacceptable for a school paraprofessional to punch an 11-year-old autistic child," said Sanford Rubenstein, the family's attorney.

He has since retired after 26 years with the Department of Education.

Parker reportedly defended himself by arguing the student had thrown the first punch and he was simply, responding in kind.

Now the student's family is striking back with a $5.5 million lawsuit against Parker, the Department of Education and the City of New York.

"This young man had to double his medication after this incident, and his autism has gotten worse," Rubenstein said.