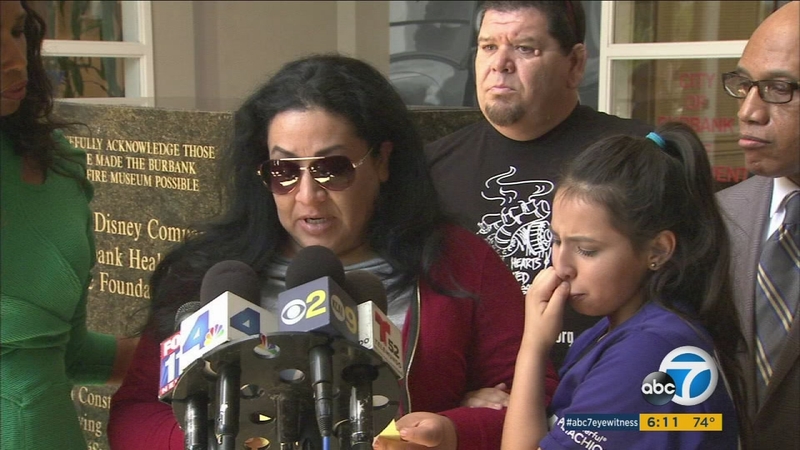 BURBANK, Calif. (KABC) -- A local family was outraged Friday after a 16-year-old boy with autism was tasered by police during a traffic stop in Burbank.

Fighting back tears, a 16-year-old autistic teen waited to be booked on charges he assaulted a Burbank police officer during a violent encounter.

"This has been a devastating experience seeing my child on the ground, being tased by a police officer...worst moment of my life," said mother Tawnya Nevarez.

It happened last Friday at the intersection of Hollywood Way and Burbank Boulevard.

The officer pulled Tawnya Nevarez over because her son, whom the family does not want to name, wasn't wearing a seat belt.

They said he became agitated during the stop, and his mother told the officer he was autistic. It ended with the teen being tasered and sent to the hospital.

"There's no reason that a routine traffic stop with a 16-year-old autistic kid should ever end with that kid on the ground being tased, being pepper-sprayed and having a seizure," said the family's attorney, Areva Martin.

Police said the teen attacked the officer, who was wearing an audio recorder, hitting him in the head and body.

The family said they can't believe the department wants to charge the teen.

"The bottom line is we have someone that attacked a police officer, the officer defended himself. It sounds like this man needs some help, and we are working to get him the help he needs through the processes we have available to us," said Sgt. Claudio Losacco of Burbank PD.

The family's attorney said she wants to see the department get more training in dealing with those who are autistic or have mental health issues.