Price of gas in California goes up 6 cents on Monday 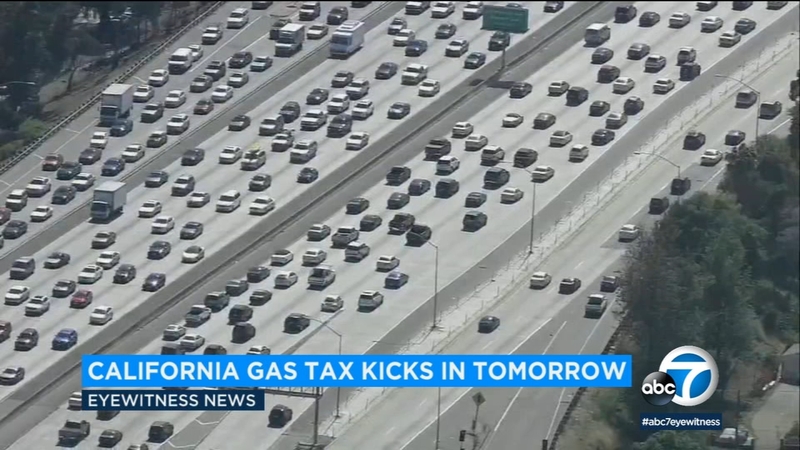 Price of gas in California goes up 6 cents on Monday

VALLEY VILLAGE, LOS ANGELES (KABC) -- Just in time for the big holiday travel weekend, the price of gas in California is going up again.

A new 6-cents-per-gallon gas tax takes effect statewide on July 1. That brings the total gas tax in California to 61.8 cents a gallon, the highest in the nation.

The increase is part of SB 1, legislation that was signed into law in 2017.

The measure is expected to bring in some $54 billion in state revenue over the next decade, funds that are supposed to pay for road and bridge repair.

Last November California voters had the option to repeal the gas tax, but declined to do so.

Some 3.5 million Southern California residents are expected to travel this July 4 holiday weekend, the majority of them by car, according to the Auto Club.

The average price for gasoline statewide now is just over $4 a gallon.