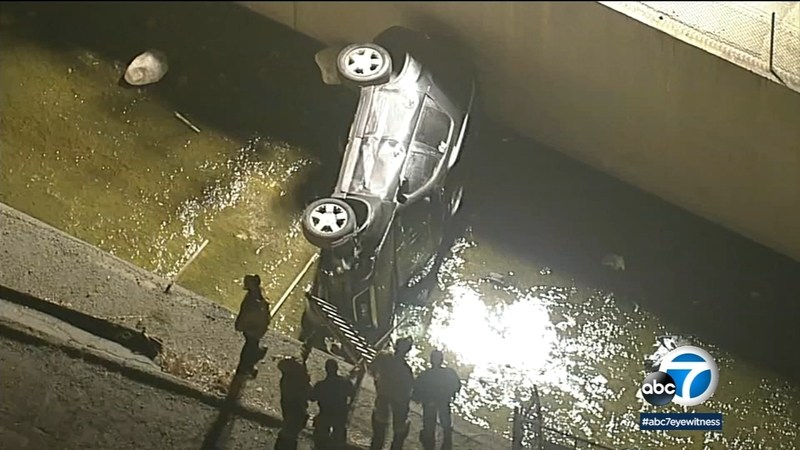 AZUSA, Calif. (KABC) -- Authorities are investigating an officer-involved shooting after Azusa police opened fire on a suspect, who then crashed a vehicle into a drainage canal Friday evening.

The injured driver was extricated from the vehicle and rushed to a local hospital. The extent of the driver's injuries is unknown.

The shooting occurred at about 5 p.m. in the 200 block of Azusa Avenue, according to the Los Angeles County Sheriff's Department. A nearby gas station was cordoned off by crime scene tape during the investigation.

It was not immediately known what led up to the shooting or if the suspect had been wounded by gunfire.

AIR7 HD was over the vehicle, which was on its side after the crash.

LASD detectives responded to the scene to assist Azusa police with the investigation.

Anyone with information on the incident was asked to call the Sheriff's Homicide Bureau at 323-890-5500.