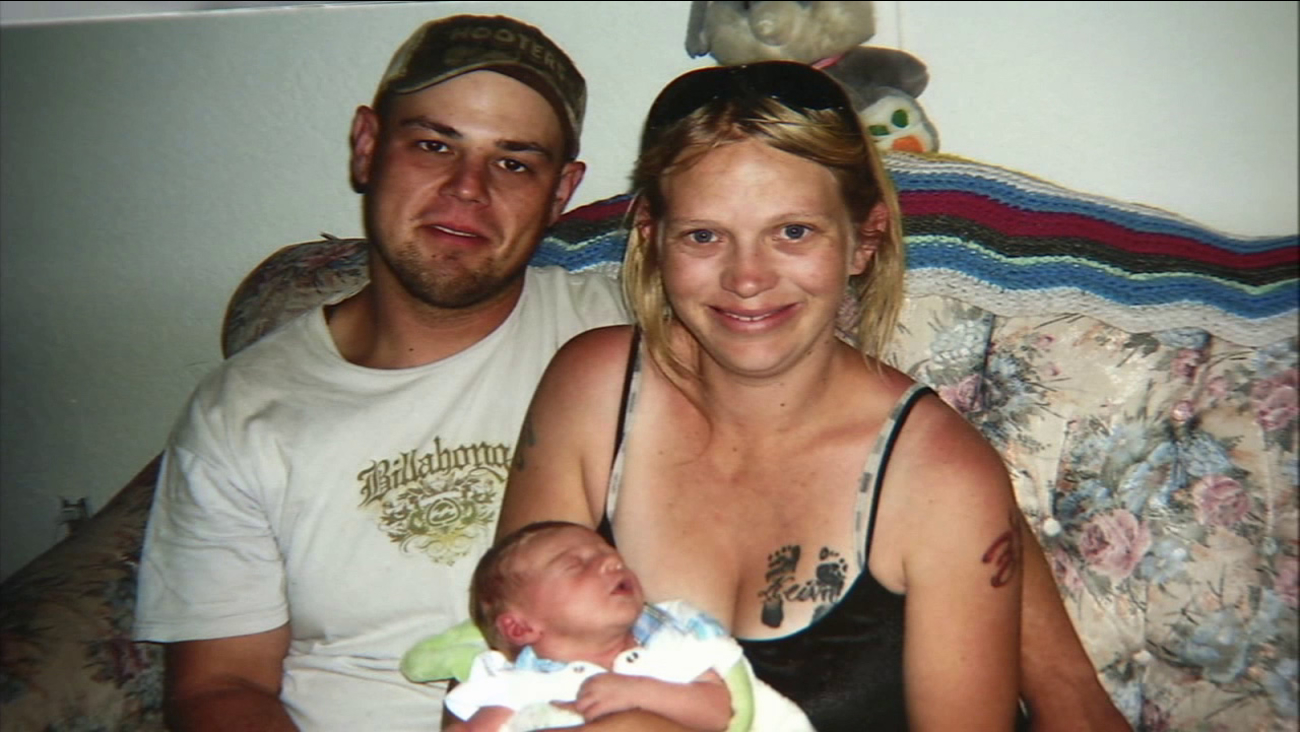 Lucas Dingman is seen with his baby son, Bradley, in this undated photo. (KABC)

SAN BERNARDINO, Calif. (KABC) -- The father of an 11-month-old boy, who died of injuries he sustained from being burned in his crib in 2011, was arrested in connection to the infant's murder.

On Friday, San Bernaridno County Sheriff's detectives assigned to a cold case team in the special investigations division arrested Lucas Dingman, 30, who was living in Iowa at the time of his arrest.

He faces charges of murder and child abuse resulting in death.

Around 9:55 a.m. in May 2011, deputies with the Apple Valley Police Department responded to reports of an apartment fire in the town. Upon arrival, deputies were informed that smoke alarms had gone off inside the home, and residents found smoke and fire coming from inside the room of 11-month-old Bradley Dingman.

A neighbor had heard the alarm and was able to extinguish the fire. The baby was found in his crib suffering from burns and smoke inhalation. Emergency services personnel took the infant to St. Joseph's Medical Center for treatment, but he succumbed to his injuries the next day.

Bradley Dingman's burned crib is seen in this May 2011 file photo.

Detectives with the San Bernardino County Sheriff's Department Homicide Detail and Bomb and Arson responded to the scene to conduct an investigation. It was determined that the fire was arson. Authorities conducted numerous interviews, but the case eventually went cold.

In February 2014, the investigation was reopened. Detectives headed to Waterloo, Iowa to interview Dingman on Friday and he was arrested on suspicion of murdering his son when the interview was finished.

He was booked into Black Hawk County Jail in Iowa. He pleaded not guilty to the charges in court Monday and waived extradition to San Bernardino County.