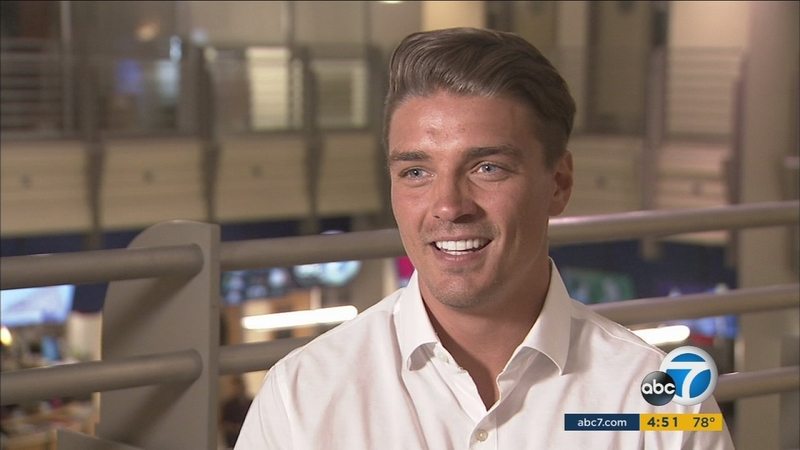 The reality show contestant said the heart-wrenching moment was not easy.

"I was obviously very devastated that it wasn't me, but I'm incredibly hopeful that whoever she ends up picking will be the love of her life," he said.

Unglert said he's moved on by making an easy decision to say "goodbye" to "The Bachelorette" and "hello" to the upcoming "Bachelor in Paradise."

"I was sold on the idea of going to meet new people, and you know, get to spend time on a beach with interesting people," he said.

"Bachelor in Paradise" has already wrapped filming, and Unglert admits he could have handled some situations better.

"I'm sure there will be plenty of dramatic moments involving me," he revealed. "I guess it'll all have to be played out, but I'm excited to watch it back."

On "The Bachelorette," viewers witnessed Unglert's strained relationship with his father. He said it has not changed, but that the show made him more emotionally mature.

Unglert also revealed his post-"bachelor" plans, admitting that he looked into applying for the Peace Corps.

"I would just love to be able to give back. And now that I've gotten this platform to do so in a more extreme source, I think I want to explore that avenue before I get back into my traditional role," he said.
Report a correction or typo
Related topics:
arts & entertainmentlos angeles countylos angelesbachelor in paradisebachelorbacheloretterachel lindsay
Copyright © 2022 KABC Television, LLC. All rights reserved.
TOP STORIES
Vigil held for 19 children, 2 teachers killed in TX school shooting
Uvalde school shooting: What we know about 19 kids, 2 teachers killed
Onlookers urged police to charge into TX school: 'Go in there!'
After Texas shooting, LAUSD announces updated safety plans
4.3-magnitude earthquake rattles town of Trona, USGS says
Timeline breaks down Uvalde shooter's movements day of massacre
West LA family searching for missing man with autism
Show More
Los Angeles watering restrictions approved by city council
2 Turpin siblings now have large following on TikTok
South LA nonprofit says more work needs to be done in social justice
2 years after the death of George Floyd, what has changed?
Hospitality workers call for moratorium on Anaheim development deals
More TOP STORIES News