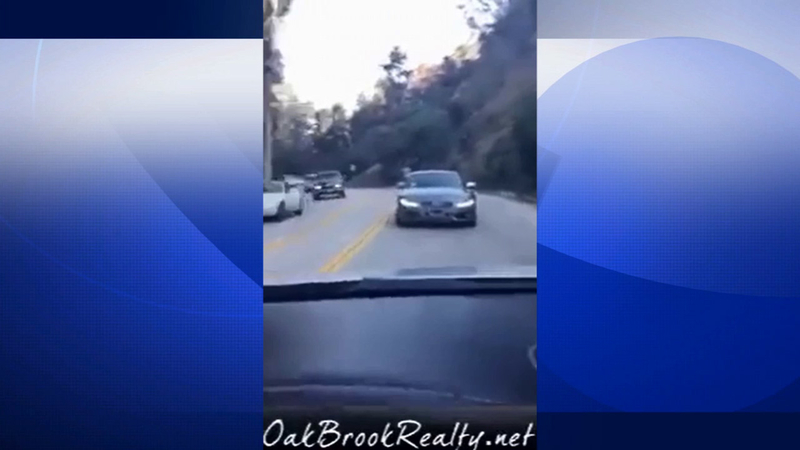 LOS ANGELES (KABC) -- Los Angeles police detectives are searching for the driver of an Audi who was caught on video driving backward through heavy traffic in Laurel Canyon.

The driver has not been identified, but detectives with the LAPD West Traffic Bureau are investigating the incident as reckless driving.

The Audi had dealership plates, so police will be contacting the dealership to track down the driver.

Kevin Zanazanian shot the video of the driving feat. He noted the windows were tinted, so he was not able to get a good look at the driver.

"I thought that this either was an individual that wanted to get somewhere real quick or fast, because he saw that there was traffic and he decided to basically go back the other way, but instead of making a 3-point turn he decided to do something fun or different and just drive backwards," Zanazanian said.