Barstow baby who died of alleged abuse had burns all over body, police say 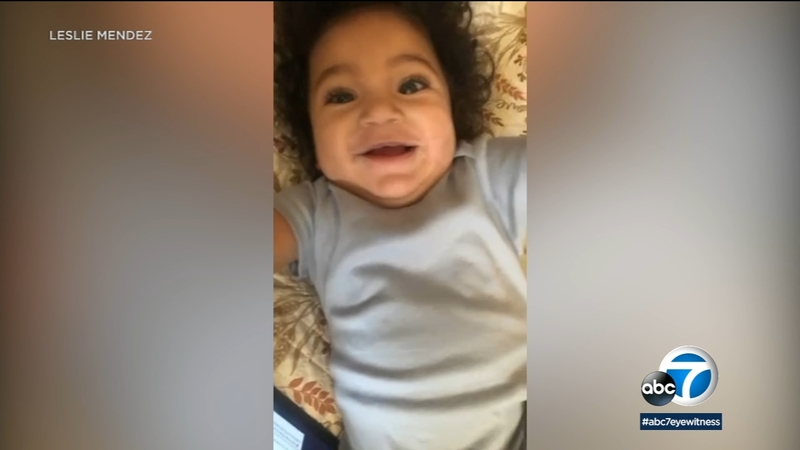 BARSTOW, Calif. (KABC) -- A baby boy from Barstow who died after alleged abuse by his parents had burn marks all over his body that were consistent with a torch lighter found in the family vehicle, police said Wednesday.

The burn marks were described as being "of different sizes and shapes" and "located all over the child's body," Barstow police said.

The boy's body also had lesions and bruising all over, police said.

The boy's parents, Ricardo Mendez, 27, and Antanita Miller, 24, of Barstow were arrested soon after the 1-year-old child's lifeless body was brought to a hospital in Pomona Monday night.

The boy was unresponsive and had injuries that were "consistent with ongoing abuse," Barstow police said. Medical personnel pronounced him dead at the hospital.

Barstow investigators served search warrants at the parents' home and of their vehicle, and found items of evidence that were believed to have been used in the abuse of the child. One of the items was described as a torch lighter.

"The burn marks were of different sizes and shapes, all were consistent with the top of a torch lighter that was found in the vehicle," police said.

Police say they had not been called previously to the Barstow home for reports of abuse or other issues.

A Barstow father and mother were arrested on suspicion of murdering their 1-year-old son who was found with injuries stemming from abuse, police said Tuesday.

But they noted that Mendez was a parolee, after being sentenced to state prison for being in possession of a stolen vehicle in March 2021. Miller was a passenger in that vehicle when Mendez was arrested, police said.

The investigation began after the parents apparently first brought the child's body to family members' home in Pomona. Those family members immediately drove the child to the hospital Monday night.
Pomona investigators determined the injuries likely happened in the child's Barstow home, where he lived with his parents. Police believe he died before he was driven to Pomona.

When Pomona police contacted the department in Barstow, detectives and investigators responded to the child's home in the 700 block of East Virginia Way in Barstow and to Pomona Valley Hospital.

Mendez and Miller were booked at the West Valley Detention Center in Rancho Cucamonga for murder. Mendez was also arrested for parole violation.

Police ask anyone with information to contact detective Matthew Helms at (760) 255-5132 or atmhelms@barstowca.org. Anonymous information can also be submitted by calling the WE-TIP hotline at 1-800-79-CRIME (27469).