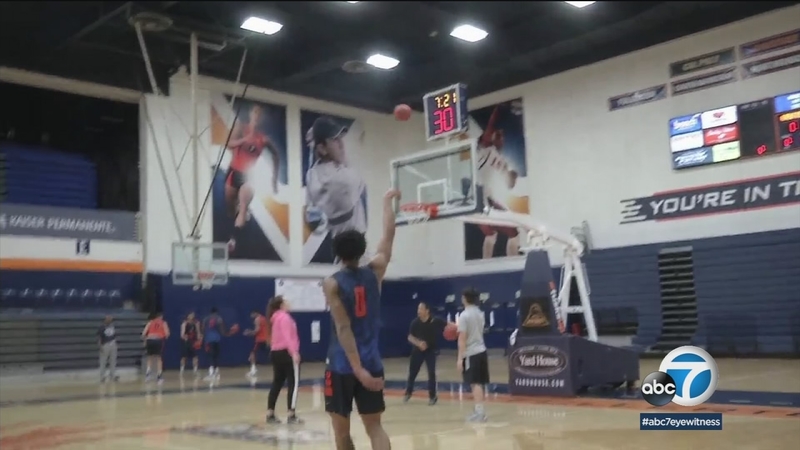 FULLERTON, Calif (KABC) -- What a run by Cal State Fullerton!

"It's something I've watched all my life. I dreamed of making it to the NCAA tournament, but I didn't think I actually would make it," said Kyle Allman, Jr., the All-Big West Tournament MVP.

The NCAA is the focus now for Cal State Fullerton.

It's been a decade since the Titans qualified for the NCAA tournament.

"My phone has been blowing up like crazy. Everyone is calling to congratulate me and our team. It's just an honor," said freshman Jackson Rowe.

The good news is, the Titans qualified for the big dance.

"It's just going to be a battle of discipline" said Khalid Ahmad, a sophomore guard.

Head coach Dedrique Taylor played his high-school ball in Pomona. He knows a No. 15 seed has beat a No. 2 seed.

But he won't use it as motivation for his team.

"There's only so many things you can control. That's why they play the game. And we have that opportunity," Taylor said.

Cinderella is alive and well wearing a Titans uniform.