The bride caught in chaos of the deadly explosion in Beirut is recounting the moment horror struck on her wedding day.
KABC 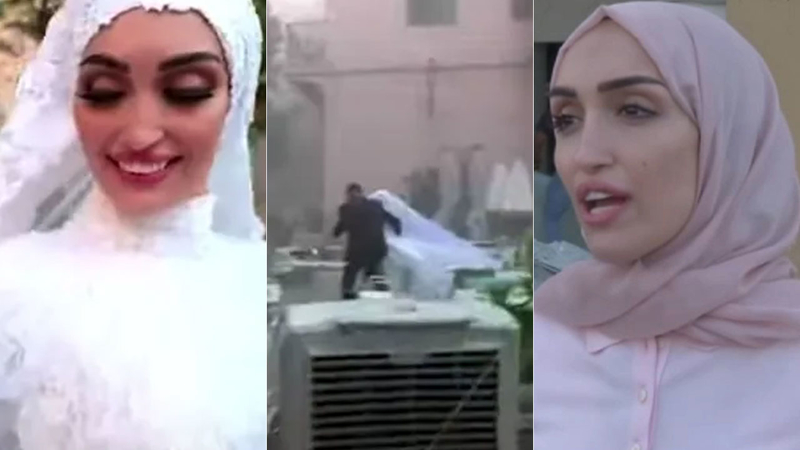 BEIRUT -- The bride caught in chaos of the deadly explosion in Beirut is recounting the moment horror struck on her wedding day.

Dr. Israa Seblani, a 29-year-old U.S. citizen from Detroit, was in the middle of a photoshoot in her wedding gown when the blast hit.

As she looked down at her bouquet, there was an explosion. The impact sent her running for her life.

The alarming video above has been circulating online and shows the massive impact the deadly blast left on Lebanon's capital.

Seblani and her partner had planned on getting married in the U.S., but her husband had already been waiting three years to get his visa and they didn't want to wait any longer.

Seblani and her husband Ahmad Sbeih have returned to the square. Seblani says she's grateful they're alive.

Families of the victims and other Lebanese came out into the streets of Beirut on Wednesday to demand accountability as banks, businesses and government offices shuttered to mark o

The blast Tuesday, which appeared to have been caused by an accidental fire that ignited a warehouse full of ammonium nitrate at the city's port, rippled across the Lebanese capital, killing at least 135 people, injuring more than 5,000 and causing widespread destruction.

French President Emmanuel Macron, who viewed the devastated port and was to meet with senior Lebanese officials, said his visit Thursday was "an opportunity to have a frank and challenging dialogue with the Lebanese political powers and institutions."

He said France will work to coordinate aid but warned that "if reforms are not made, Lebanon will continue to sink."