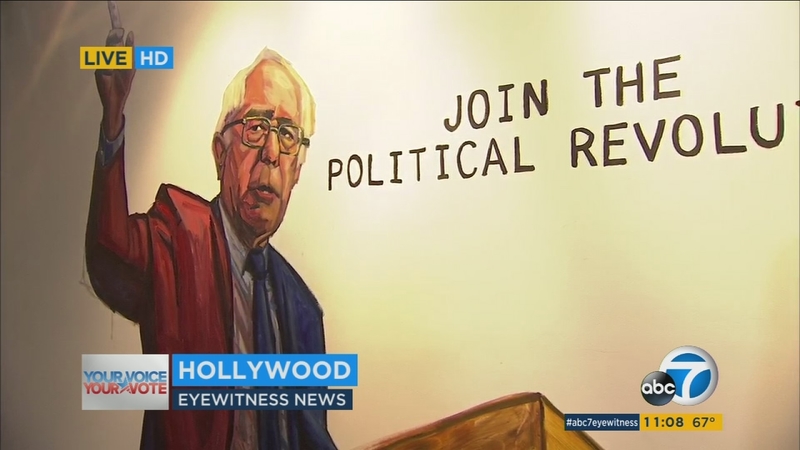 HOLLYWOOD, LOS ANGELES (KABC) -- Sen. Bernie Sanders is vowing to fight on in the presidential race despite his big loss in New York.

To show support for his fighting spirit and the upcoming primary election, supporters opened up a campaign headquarters in Hollywood.

The headquarters features masks, cardboard cut outs, murals and many other things that show people feeling the Bern. The office will facilitate registrations and plan events around Los Angeles.

"Los Angeles has a lot of support - a lot of Bernie support here. We really wanted to tap into that and say, 'How can we bring folks together?'" said Michael Ceraso, state director of Bernie 2016.

All of the excitement in California comes after Sanders' disappointing loss to Hillary Clinton in New York State. Clinton now leads Sanders by 253 pledged delegates, which means she could lose all the remaining contests by a wide margin and still have enough delegates to win the nomination.

But despite that, Sanders' supporters remain confident.

As for the Republican candidates, one night after Donald Trump sounded a little conciliatory in New York, he was back to being himself in Indiana by calling Ted Cruz a liar.