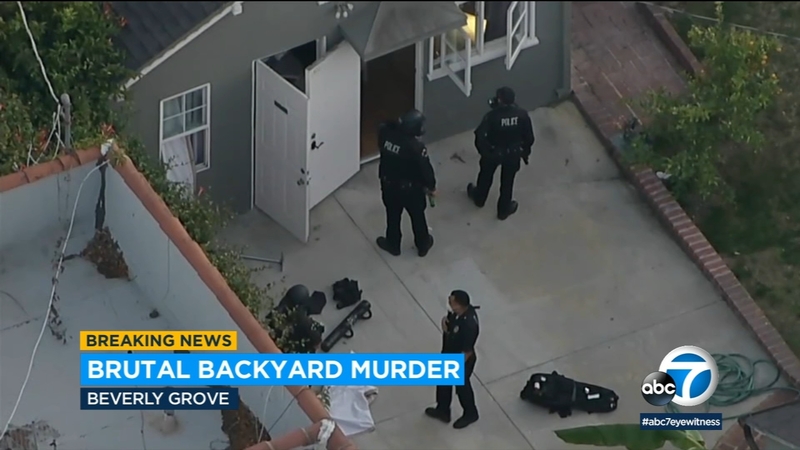 BEVERLY GROVE, LOS ANGELES (KABC) -- A man was stabbed to death at a backyard of a Beverly Grove home, and another man was found dead of an apparent suicide at a nearby residence Monday evening.

Los Angeles police stopped short of calling the man who died from a self-inflicted wound a suspect, but said investigators are not searching for anyone else in connection to the fatal stabbing.

At around 4:30 p.m., neighbors said a man they described as homeless and belligerent tried to break into a home and then started jumping through the backyards of other houses. Neighbors reported hearing horrific noises coming from one backyard near Maryland Drive and Sweetzer Avenue.

"When the first police car came, we were able to get a view and able to get the garage door open," witness Alissa Jacob said. "And we saw our neighbor and he said that his friend had been stabbed, and he was dead."

After the initial attack, police focused on the back house of another residence, where the second man was barricaded inside.

Police were unsuccessful in coaxing the suspect to surrender and officers tossed pepper-spray grenades through the windows to force him out, according to LAPD.

When officers made their way inside the residence, they found the man dead.

Investigators are still piecing together exactly what happened.

Residents said they've had increasing problems with transients and crime in the neighborhood.