A portion of the flyer reads, "Every single of aspect of the COVID agenda is Jewish."
KABC 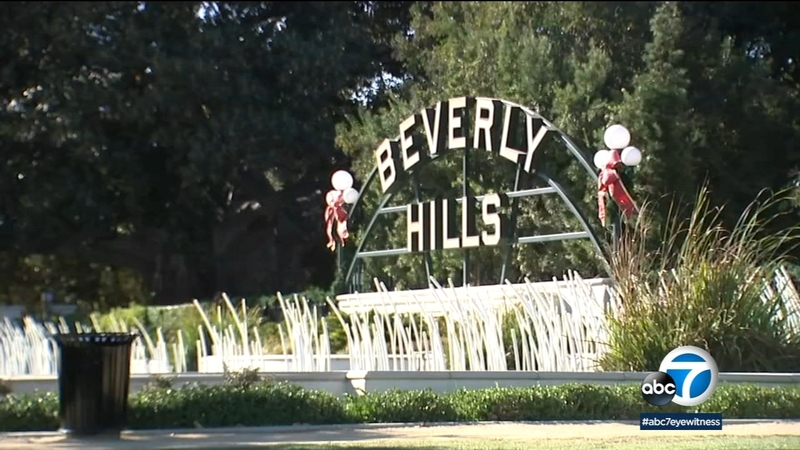 BEVERLY HILLS, Calif. (KABC) -- The Beverly Hills Police Department has launched an investigation into what they're calling a "hate speech incident" after propaganda-style flyers about the COVID-19 pandemic and Jewish people were found at several homes.

Police say they received a call at around 6 a.m. on Sunday from a resident who reported seeing one of the flyers on their front yard.

The BHPD would like to share a message to the community (see attached photo). On this first day of Hanukkah, the Police Department will be providing additional patrols throughout the City to ensure a safe holiday season. https://t.co/FFQE3k8J6X pic.twitter.com/vJGaI9hTox

Investigators say after surveying the area, they found multiple flyers - which were tucked into small plastic bags - at homes throughout several blocks in the northeast area of the Flats.

A portion of the flyer reads, "Every single aspect of the COVID agenda is Jewish."

Police have since collected all of the flyers as part of their investigation.

The incident comes as many Jewish families prepare for the first night of Hanukkah - which, this year, begins at sundown on Sunday and ends Monday, Dec. 6.

"Hate speech and hate crimes are reprehensible any time," said Beverly Hills Mayor Bob Wunderlich during an interview with Eyewitness News on Sunday. "But here we are. We're embarking on a time period which should be family and friend celebrations. We just finished Thanksgiving weekend. We're moving on to the holiday season ... this is a time the community should be getting together. This is the opposite of a time that there should be hate crime or hate speech. We, as a community, have to be above that."

Police are asking anyone who may have more information, home surveillance videos or images relating to the incident to immediately report it to BHPD at 310-550-4951.

"We really do welcome diversity. All too often, Beverly Hills has been a target for all sorts of hate crimes, and we won't tolerate it," said Wunderlich.