Suspect in custody after hourslong barricade at end of police chase, crash in Beverly Hills 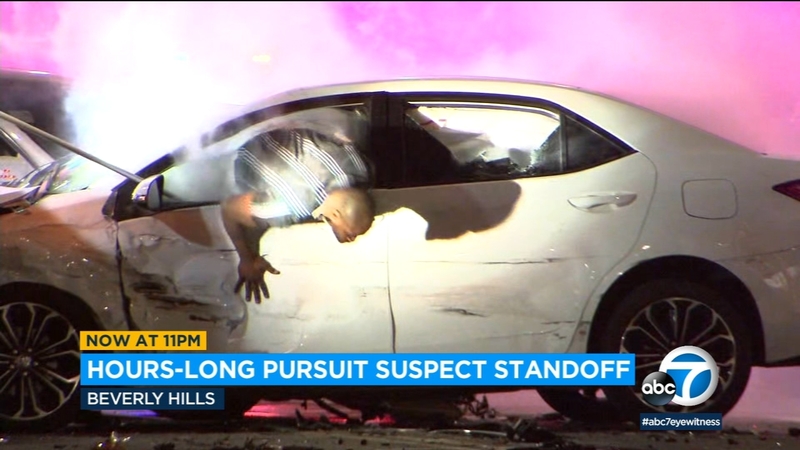 Suspect in custody after barricade in Beverly Hills

BEVERLY HILLS, Calif. (KABC) -- A suspect was in custody Monday night after barricading himself in his smashed vehicle following a Beverly Hills police chase that ended in a crash.

The incident started just before 5 p.m. with a pursuit that ended in the area of Wilshire Boulevard and Doheny Drive.

Police were chasing the vehicle because it was reported stolen.

It appeared two sedans were involved in a serious crash at the intersection.

The airbags deployed in the suspect's vehicle and the man was declining to emerge from the wreckage.

A SWAT team was brought in and the streets were closed off in the area.

The suspect remained in the vehicle for more than three hours. By around 8:30 p.m. police had used pepper spray to force the suspect to leave the vehicle and he was then taken into custody. Footage captured the suspect climbing out of the vehicle's window.

Multiple people were taken to the hospital, but are expected to be OK.