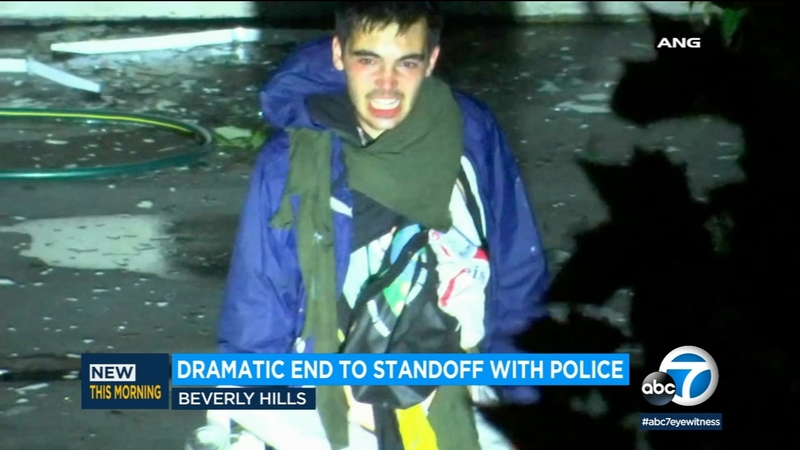 BEVERLY HILLS, Calif. (KABC) -- Dramatic video showed the tense end of a standoff involving a barricaded suspect at a home in Beverly Hills that prompted a response from a SWAT team.

Beverly Hills police said officers responded to a battery call around 7:45 p.m. in the 100 block of N. Stanley Drive, near Wilshire Boulevard.

Footage from the scene appeared to show a man climbing out a window of the home as glass shatters around him after police deployed tear gas inside the residence.

An officer could be heard on a loudspeaker telling the suspect "your mother is concerned about your safety" before the man exited the home.

Police did not provide further details on what led to the SWAT team being deployed, but said the suspect was taken into custody late into the 11 p.m. hour.

One victim involved in the situation was transported to a hospital in unknown condition. Details regarding how the victim was hurt or the extent of the injuries were unclear.

As the standoff was still unfolding, residents in the neighborhood were advised to stay indoors.