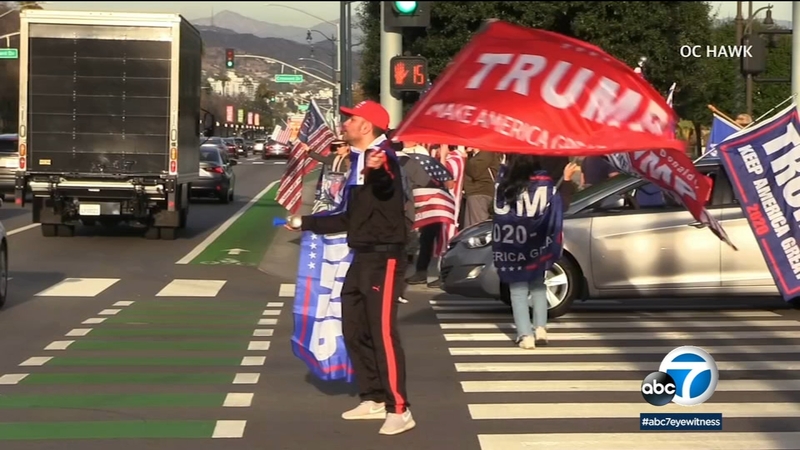 About 100 people participated in the demonstration, along with some counter-protesters, according to the Beverly Hills Police Department.

An unlawful assembly was declared after a small fight broke out.

Lawmakers of both parties raised the prospect Thursday of ousting Trump from office, and House Speaker Nancy Pelosi said that if he wasn't removed, the House may move forward with a second impeachment.

Though Trump has less than two weeks in office, lawmakers and even some in his administration began discussing the issue Wednesday afternoon as Trump first refused to forcefully condemn the violent assault on the U.S. Capitol by a mob of his supporters, and then appeared to excuse it.