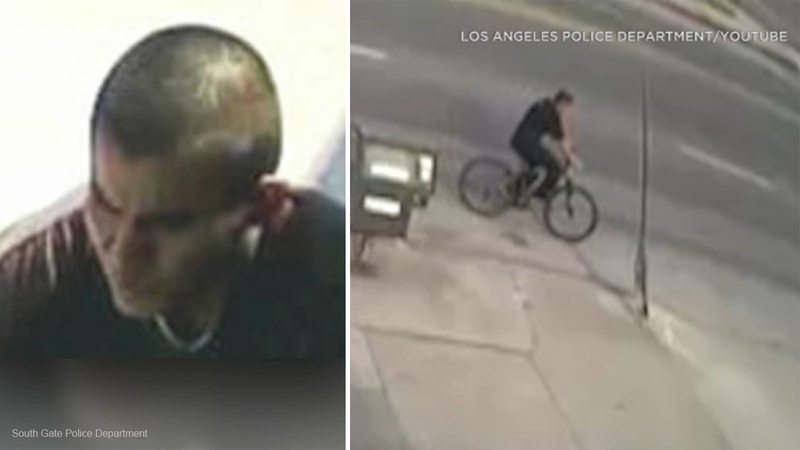 LOS ANGELES (KABC) -- A 19-year-old suspected in a series of slashing attacks while on his bicycle in cities spanning from South Los Angeles to South Gate was charged with 10 counts on Friday.

The charges include allegations that he personally used a deadly and dangerous weapon, a knife and that he had a prior felony conviction.

A 19-year-old homeless man has been identified as the suspect in a series of slashing attacks while on his bicycle in South Los Angeles and South Gate. He was arrested Wednesday, p

Police said the attacker is accused of slashing 9 men and women in the face or neck area between March 20 and April 1. The victims were slashed in the South Los Angeles, South Gate and Lynwood areas.

The suspect struck in broad daylight. The victims range in age from 13 to 85 years old. One victim was seen on video going into a bakery in South Gate, asking for help after being slashed in the face.

Briones faces a possible maximum sentence of life in state prison if convicted as charged. Prosecutors are recommending bail be set at $9 million.