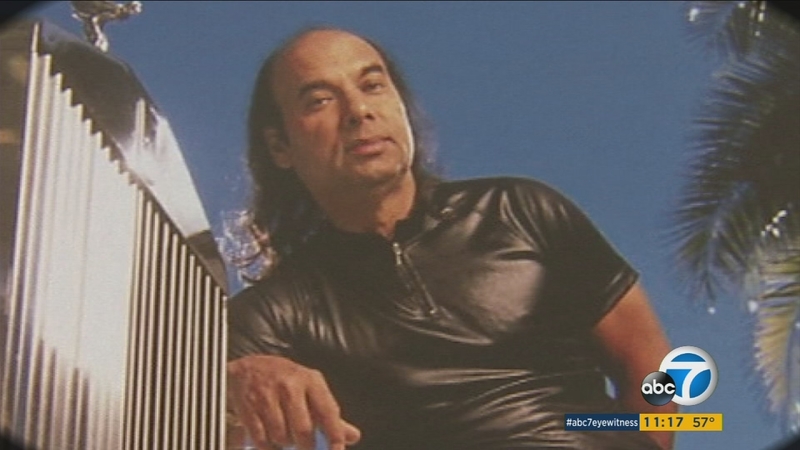 WEST LOS ANGELES (KABC) -- The heat is on a famed guru whose international Bikram Yoga empire is headquartered in West Los Angeles.

Known for his flamboyant personality and lavish lifestyle, 70-year-old Bikram Choudhury is the founder of hot yoga, which is practiced in 105 degree heat.

In the coming months he faces as many as six lawsuits filed by former students alleging sexual assault.

Named as Jane Doe No. 1 in court filings, 32-year-old Maggie Genthner is now revealing her identity and speaking out as questions swirl about Choudhury's whereabouts, his yoga empire and whether he will appear for his trials.

Genthner said Choudhury cornered her when she attended Bikram's Yoga Boot Camp for teacher trainees. She said Choudhury demanded obedience and submission as the pathway to enlightenment.

"I thought that I was being somehow having my ego put in place so that I could be a better me," said Genthner.

She describes a "yoga-bubble" and a "cult-like" environment which involved marathon sessions and required viewing of Bollywood movies late at night to cause sleep deprivation. She alleged that certain trainees were selected to serve Choudhury tea and give him massages privately in his hotel room.

In her lawsuit she said on two occasions Choudhury raped her when she was left alone with him.

"I screamed, 'you are hurting me.' Like I am never going to forget that. Like you can't turn that around and say that was consensual," said Genthner.

Genther said she was hurt and so stunned she didn't think about pressing charges until it was too late to gather any physical evidence.

Choudhury was never charged with a crime, in this case or any of the others.

"I didn't know where to go or what to do or who could I trust, I was like, frozen," said Genthner.

Choudhury's lawyers declined to comment for this story. In court papers Choudhury denied each allegation and said even if any of it is true, there were no damages.

Also, if there were any damages, his defense would be that any conduct was consensual.

It's not the first time sex allegations have been raised in court. Choudhury was deposed in a gender discrimination suit.

"You have had sex with female trainees of yours, correct? Is that true Mr. Choudhury?" asked an attorney.

"Do you deny that?" asked the attorney again.

Choudhury settled that case - and lost another for different allegations in January.

He was ordered to pay his former legal advisor Micki Jafa-Bodden $4.6 million for sexual harassment and firing her when she started investigating claims of sexual assault and rape by at least three students including Maggie Genthner.

Getting that money is another question. Choudhury then told the court last January "We are zero, almost bankrupt."

Jafa-Bodden's lawyer said Choudhury failed to turn over key financial documents even when ordered to do so by the court.

"The way he runs his whole life and business, it's all smoke and mirrors and hide the ball," said Mark Quigley.

"These cases are a lot more than merely seeking civil damages. Each one of these women who have come forward have done so with the purpose to get beyond the incident in their lives. It is very effective at helping the psychologically move on," said Carney Shegerian, who is representing four alleged victims.

Choudhury testified that his Beverly Hills home is heavily mortgaged and he can't liquidate his collection of 40 luxury cars including Rolls Royces because he promised to give the fleet to the State of California to start the Bikram Auto Engineering School for Children.

ABC7 checked this claim and the Governor's office said, "there were no such discussions and ....absolutely no agreement."

Jafa-Bodden's lawyers are now on a world-wide hunt for Choudhury's assets. Choudhury is in India according to his lawyers who have not disclosed whether the guru will return to Los Angeles for trial.

As questions mount, Genthner's legal team conceded that even if they prevail, she may not get a dime. What she said she has already won though is her power to speak.