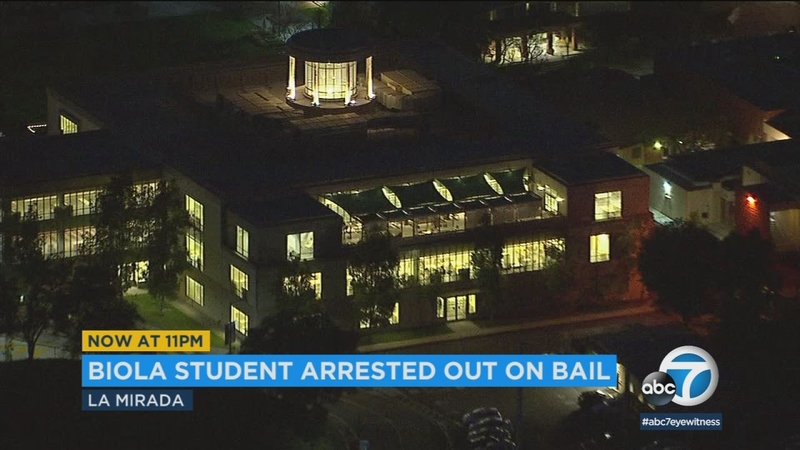 Upon arrival, deputies discovered an AR-15 assault rifle and one 9mm handgun in the room. They arrested the student.

Authorities said there was no threat to the campus community.

On Tuesday, Biola issued its own statement that said after authorities determined there was no threat to the campus, officials chose to wait for further details before sharing the information with parents.

"We take seriously possession of any firearms on campus and did not want to impede or interfere with the investigation by sharing premature information," the statement said, in part. "Biola's campus is a gun-free zone and will not tolerate possession of firearms anywhere on campus except authorized campus safety personnel approved by the president."

University officials did not say whether any action will be taken against Roberts.