Black Friday: SoCal shoppers out in full force to hunt for deals

Frenzied shopping for Black Friday continued well into the evening at SoCal malls on Friday, Nov. 24, 2017.

GLENDALE, Calif. (KABC) -- With Black Friday in full swing, shoppers across the Southland were out in full force hunting for the deepest discounts.

But some shoppers were seeing red, thanks to computer glitches at Macy's and Bloomingdale's that affected purchases.

Bloomingdale's, owned by Macy's, was only accepting cash and Bloomingdale's or Macy's credit cards for a while on Friday. Macy's says its system was slowing down the process for customers to make purchases..

"It was slow going in the lines, but the people were making it work," said shopper Cameron Gray, of Santa Rosa. "They're trying their best. It's Black Friday, though. It's American consumerism at its worst."

Macy's later said it had fixed the problem and issued a brief statement: "We have fully resolved today's system issues. We highly value our customers and sincerely apologize for any inconvenience today's system slowdown may have caused during their shopping experience."

"The delays we experienced this afternoon were due to a capacity-related issue that caused some transactions to take longer to process. We do not anticipate any additional delays."

Aside from that, stores throughout the Southland were packed with shoppers looking for the latest steals and deals.

The Citadel Outlets in Commerce opened its doors 8 p.m. Thursday, and was staying open through 11 p.m. Friday.

Discounts ranged from 40 to 70 percent off - on top of outlet savings. Many shoppers said they were looking for gifts for their loved ones - as well for themselves.

The Galleria opened its doors at midnight, and most stores are expected to stay open until 10 p.m. Friday.

Black Friday has morphed from a single day when people got up early to score doorbusters into a whole season of deals, so shoppers may feel less need to be out. Some love the excitement, even if they've already done some of their shopping online.

The shift to online buying will be a factor as industry analysts watch closely at how the nation's malls are faring for the start of the holiday shopping season.

With the jobless rate at a 17-year-low of 4.1 percent and consumer confidence stronger than a year ago, analysts project healthy sales increases for November and December.

The National Retail Federation trade group expects sales for that period to at least match last year's rise of 3.6 percent and estimates online spending and other non-store sales will rise 11 to 15 percent. 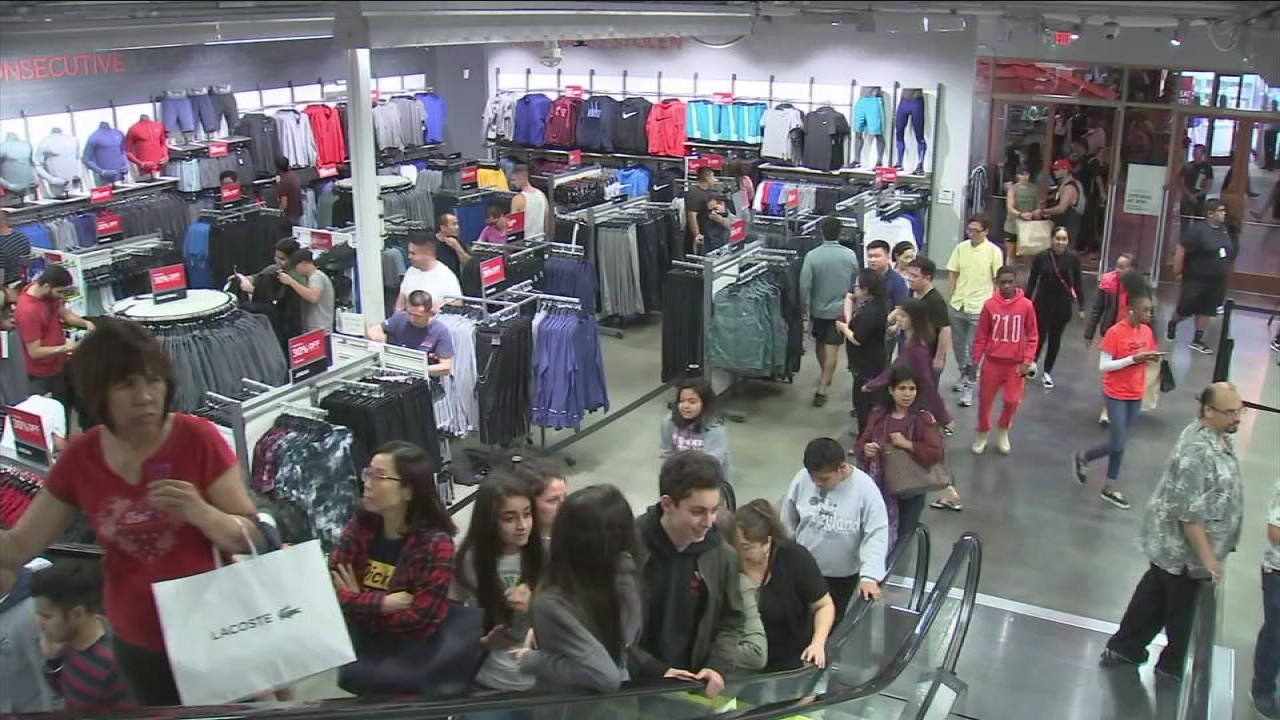