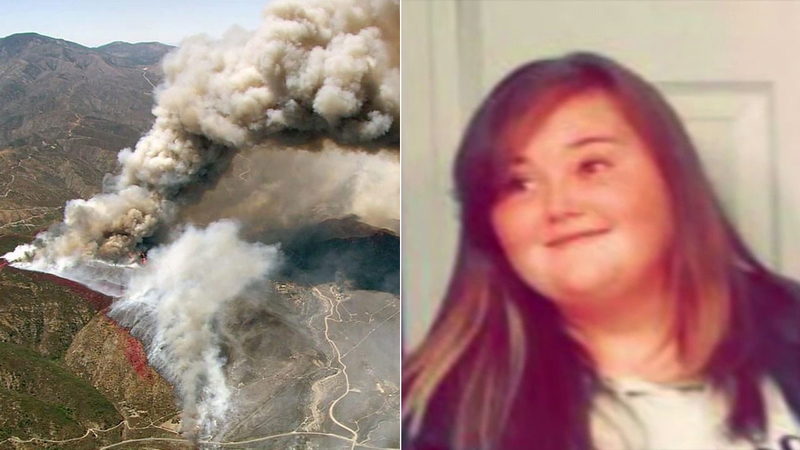 HESPERIA, Calif. (KABC) -- Last month's Blue Cut Fire in the Cajon Pass destroyed more than 100 homes as it burned through more than 36,000 acres.

The fire itself did not claim any lives. However, the family of a 16-year-old girl blames the smoke from the fire for causing her death. They say it spurred an asthma attack.

Lately she'd been doing just fine - that is until the Blue Cut Fire broke out in the Cajon Pass, creating a massive cloud of smoke over the high desert.


"We had a lot of ash falling down like it was snowing almost," Bergener said.

Ashlee's grandmother says a week later, Ashlee returned to school but was struggling with fatigue.

"She said she was tired and just not feeling great, but nothing to be alarmed about," Bergener said.

Ashlee went to bed that night. The next morning, her mother says they found her on the floor - dead after an apparent asthma attack.

"We tried to resuscitate her, but she'd already been gone for a half hour maybe," Bergener said.

The San Bernardino County Coroner is conducting an autopsy. Those results aren't in yet.

But Bergener believes her daughter was killed by the fire, and someone should be blamed.

"Whoever started the fire, if it was arson, I would blame at person first and foremost," she said.

More than 200 people attended Ashlee's memorial over the weekend, remembering a life taken far too soon.

"Her laughter, her good spirit, she was very loving," Bergener said.