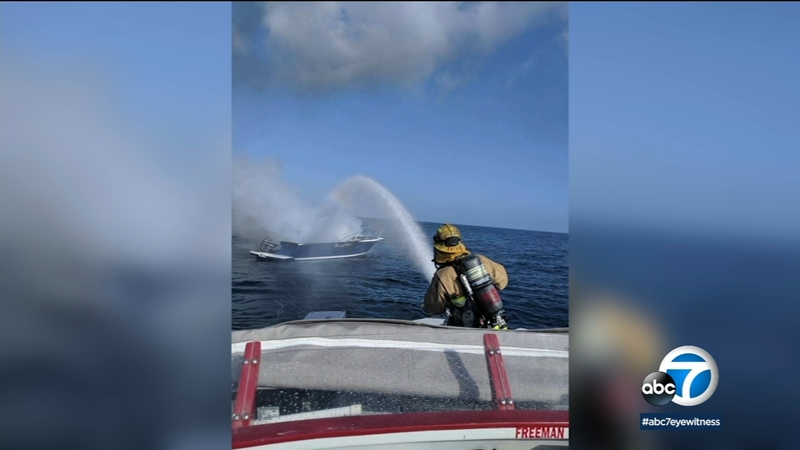 The men were returning from a diving trip at Catalina Island when they smelled smoke. They floated in a dinghy until good Samaritans came to their rescue.

"A little smoke started coming so we turned off the engines," said Nick Anderson, co-owner of the boat.

The men tried putting out the fire with a hose and fire extinguisher before deciding to abandon the ship. A group on a nearby boat let them aboard until help arrived.

"Luckily we had a dinghy and nice people around us," Anderson said.

"First time it has ever happened to me but it does happen quick...two to three minutes from smell to flame then you gotta make a decision quickly...grab as much as you can. We just grabbed our cell phones and our wallets," Anderson said.

Neither passenger was injured.

A tow company was brought in to keep what was left of the boat from sinking. An employee with the tow company said he tried to jumped on board the boat once the fire was out to keep it from sinking in order to prevent environmental pollution.

Anderson was in good spirits and said he was sad to see his boat could no longer live up to its name, "Uno Mas" which means "one more."