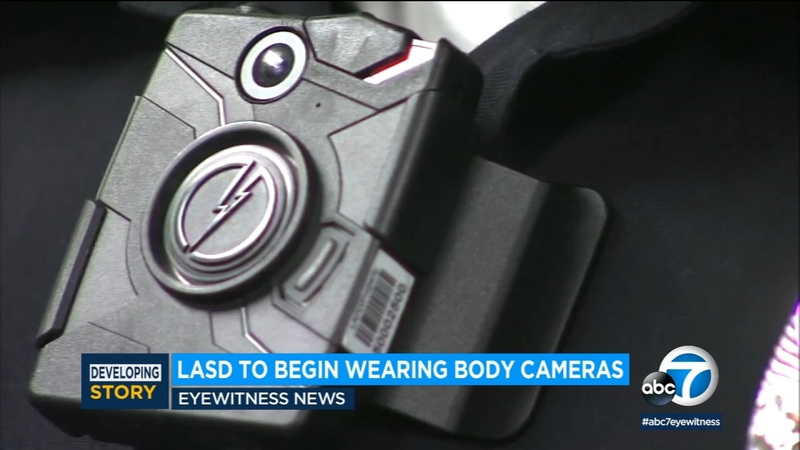 Sheriff Alex Villanueva says deputies in Lancaster, South L.A., Lakewood, Industry and West Hollywood will be the first to receive them.

The plan is to start deploying the cameras to the sheriff's department in the fall.

L.A. County released a report Tuesday to implement the body cameras in the county, and the rollout has been agreed upon and funded. The sheriff's department requested and received $34.7 million for funding.

Deputies will be required to upload body-worn camera recordings at the end of each shift.

"(LASD) is planning to begin deployment of the body-worn cameras by the end of the third quarter of this year, contingent upon the successful execution of an agreement with the vendor," the report by Inspector General Max Huntsman states. "LASD has lagged far behind other major police agencies in the incorporation of video technology as a means for police supervision and public accountability."

"This step forward, slow as it is, is historic.''

The rollout comes five years after the Los Angeles Police Department started its own program.

In a virtual town hall, Villanueva said he had been trying to implement body cameras, but kept receiving pushback. He also blamed his predecessors and the Board of Supervisors for the delay.

"The previous administration had five years ... of wasted time, wasted opportunities and four different plans, four different studies and nothing ever came to fruition,'' the sheriff said. Within that first week, we had a plan... it was delivered to the board in December of 2018, and this is where the wheels fall off the wagon."

Implementation of the technology comes in the wake of George Floyd's death at the hands of Minneapolis police, which sparked a wave of protests against police brutality and racial injustice across the country.