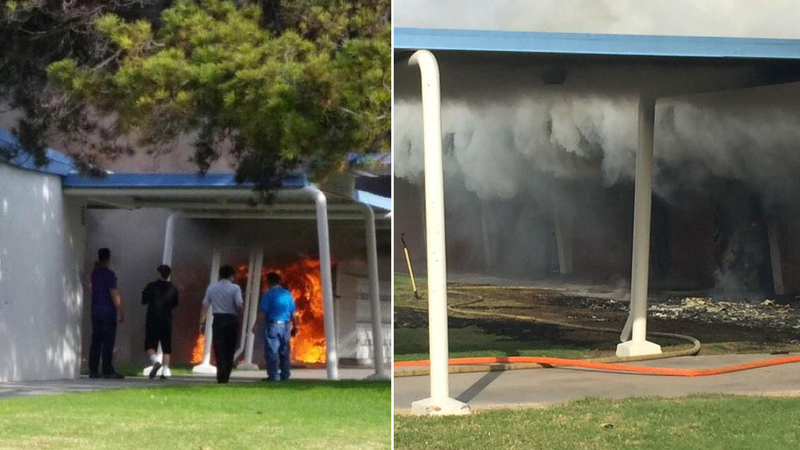 Garden Grove firefighters responded to the school located at 9401 Westminster Avenue at about 1:15 p.m. The fire was contained to two classrooms and was knocked down at 2:14 p.m. The other six classrooms were damaged by smoke and water.

One firefighter suffered minor injuries to his hands and feet.

School officials were trying to assess the damage. One of the damaged classrooms was being used by a teacher whose lessons included Vietnamese American history. The campus is used by a Vietnamese school on Sundays, but no one was inside.

"All his stuff from Vietnam and travels were in there. All of his mementos. It's just really sad, because he's a really nice teacher," student Tanya Huynh said.

A school district official said Bolsa Grande High is expected to resume class Monday. Classes that use the damaged classrooms will be moved to the gym, library and other school buildings.