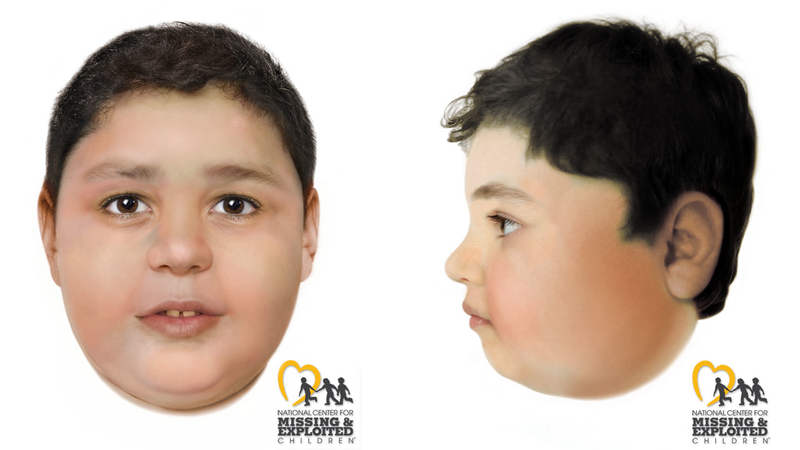 The body of a young boy was found on a trail head in Las Vegas last week, and authorities are seeking the public's help in identifying the child, who is believed to be a victim of homicide.

The little boy's body was found by a hiker on May 28 at the Mountain Springs trail head - near State Route 160 between Las Vegas and rural Pahrump.

Authorities described the child as between 8 and 12 years old, Latino, approximately 4 feet 11 inches tall and weighing around 123 pounds. He also had a gap in his front teeth.

Investigators believe he was from somewhere in southern Nevada or nearby California.

Police said a mother had identified the body as her 8-year-old son after seeing the sketches of him on TV, but that child was later found alive and well, camping with his father in Utah.

Since that lead dissipated, investigators have returned to the drawing board. On Thursday, the National Center for Missing and Exploited Children released a digitally enhanced photo of the boy, who is now being identified as John "Little Zion" Doe.

The FBI also announced a $10,000 reward in connection to the investigation. Authorities say it was clear the boy was killed but declined to say how or offer other details.

Investigators believe they are not going to be able to solve this case without the help of the public. If you have any relevant information, you're urged to call Crime Stoppers at (702) 385-5555 or the FBI at 1-800-CALL-FBI or contact Las Vegas police.