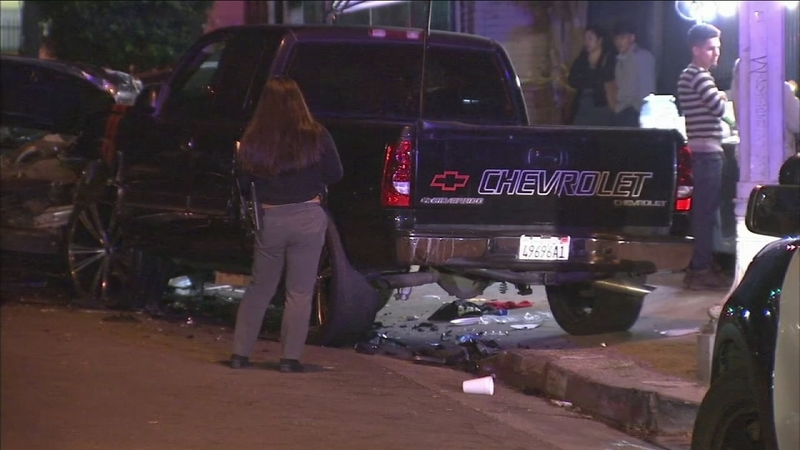 BOYLE HEIGHTS, LOS ANGELES (KABC) -- An 11-year-old is dead after family members were struck by vehicles in front of a taco stand in Boyle Heights Friday night.

The accident occurred when a two-vehicle collision went onto the sidewalk into the taco stand on the 900 block of S. Marietta Street.

Two of the victims were initially transported in critical condition, according to the Los Angeles Fire Department.

It was later confirmed that an 11-year-old victim had died.

A 15-month old was listed in stable condition at a local hospital but was unharmed. It was earlier reported that the child was injured. Two other adult women had severe but non-life threatening injuries, according to authorities.

Witnesses said the adult women are sisters and were having dinner with their children when a 21-year-old driver of a Ford Mustang lost control, went airborne and crashed into two parked vehicles in front of the taco stand.

Jocelyn Parras, the owner of the parked car that crashed into the family, said the vehicle trapped them against a wall. She said customers then lifted the car to rescue the injured and made sure the driver of the Mustang didn't leave the scene.