An 11-year-old victim was identified and a driver was arrested after a fatal high-speed crash Friday night at a taco stand in Boyle Heights.

BOYLE HEIGHTS, LOS ANGELES (KABC) -- An 11-year-old victim has been identified and a driver was arrested after a fatal high-speed crash Friday night near a taco stand in Boyle Heights.

Elektra Yepez was one of several people who were struck in the collision in the 900 block of Marietta Street, a relative confirmed to ABC7. Elektra died after being transported to a hospital.

According to the Los Angeles Police Department, driver Jose Luis Perez was arrested Saturday on suspicion of vehicular manslaughter. Authorities said an underage passenger was also arrested on suspicion of having nitrous oxide.

Earlier in the day, Elektra's older sister and other family members stopped by the site of the crash to leave flowers, photos and gifts. Her sister said Elektra loved yellow, enjoyed school and dancing, and had dreams of one day attending Princeton University.

A vigil was held Saturday night for Elektra, with family members and friends remembering her kind and ambitious soul.

Witnesses said two adult sisters were having dinner Friday with their children when a speeding motorist lost control of a Ford Mustang. The car went airborne and slammed into two parked vehicles in front of the taco stand.

Four patients - Elektra, the two women and a 15-month-old child -- were rushed to a hospital. The adults' injuries were described as non-life-threatening; the baby was unharmed.

Jocelyn Parras, the owner of the parked car that struck the family, said the vehicle trapped them against a wall. Parras said customers lifted the car to rescue the victims and made sure the driver of the Mustang remained at the scene.

A GoFundMe account was set up to help the family pay for Elektra's funeral and memorial. If you would like to donate, you may do so by clicking here.

The two adults remain in critical condition at the hospital.

Investigators are trying to determine if possible street racing or DUI were factors in the crash. 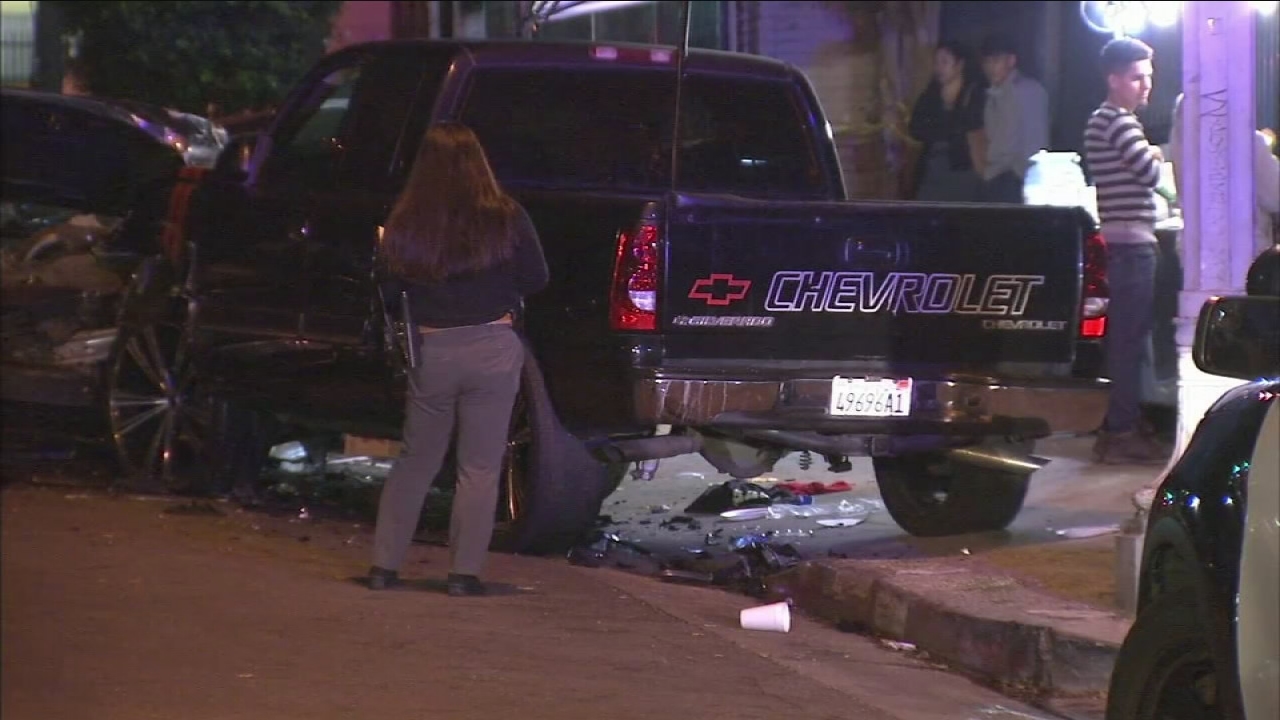