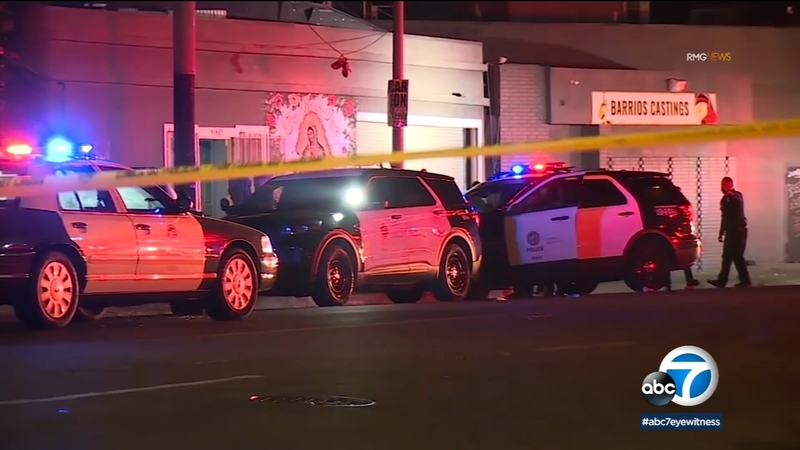 BOYLE HEIGHTS, LOS ANGELES (KABC) -- Authorities on Monday identified two of three men who were fatally shot during a party at a warehouse in Boyle Heights, where four other people also were injured.

Firefighters and paramedics were sent to a party where the shooting was reported in the 3300 block of East 14th Street about 12:30 a.m. Sunday, according to the Los Angeles Fire Department.

Randy Tyson, 25, and Daniel Dunbar, 27, both of Los Angeles, died at the scene, the Los Angeles County coroner's office reported.

Another man died at a hospital, according to the Los Angeles Police Department. Information on his identity was not immediately available.

Police were investigating a shooting during a party at a warehouse in Boyle Heights Sunday that left at least three people dead and four others in a hospital.

The shooting took place at a party that featured a performance by the Huntington Park rapper Money Sign Suede.

"Just wanna get on here real quick to send my condolences to what happened after this paid show yesterday," the rapper wrote in an Instagram post. "I pray for all the people who were injured and died last night."

No arrests were reported.