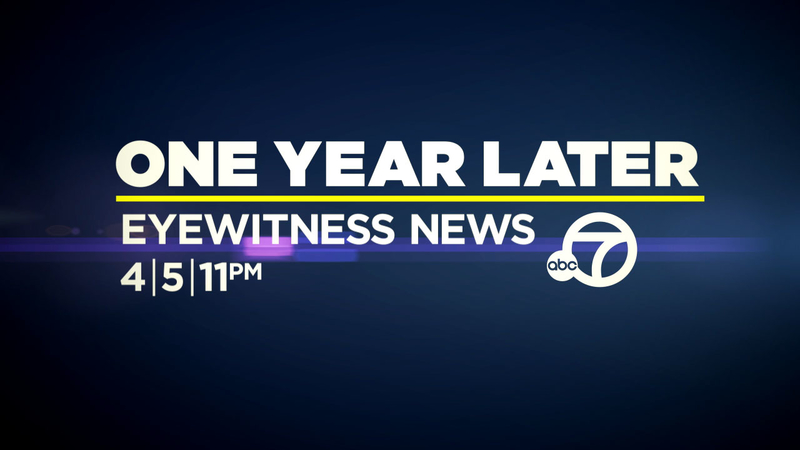 Reflecting on the Woolsey Fire and Borderline shooting

As journalists, I don't believe any of us were truly prepared for what would unfold in Thousand Oaks within 48 hours beginning on Nov. 7, 2018, and yet I can remember every detail about those chaotic days: the constant sirens, choking smoke, panic and fear seen on countless faces.

And the unforgettable sound a father makes when he's learned he's just lost a child.

The Borderline shooting was one of the most difficult stories I've ever had to report.

At the family reunification center, we watched as the victims' families were given the horrific news that their loved ones did not survive.

Honestly, as a journalist and a human being, I've never felt more powerless than in that moment.

We were there to report information, detail where families could go for aid, and how the community could help in this devastating situation, but there was nothing we could do to ease their pain.

Cody Coffman's father, Jason, spoke to me minutes after the shooting.

Moments later, in the distance, I watched him get that devastating phone call.

It was clear he had just been told about Cody's death. I left the media staging area, walked into the municipal building, found a chaplain, and then walked the chaplain over to Jason Coffman, where they embraced for what seemed like eternity.

Many of the Ventura County deputies on scene had also just lost their dear friend, Sgt. Ron Helus, and you could see their pain. You could also feel it just walking into that building.

It's unbelievable to think that hours later, they would have to respond to another tragedy, the Woolsey Fire.

There's no describing the chaos of the Woolsey fire.

The very next evening, we were running from one fire line to the next, right alongside firefighters, as home after home went up in flames.

Families would reach out to us on social media, asking if we had been to their street. Was their house spared? We did our best to pass along information as it was coming in, especially the growing evacuation zones, but once again there was that feeling of being powerless.

In between live reports, I remember helping a woman load boxes into her family's car. They were evacuating the area, but there was nothing we could do to save their home.

One year later, it is difficult retelling these stories, but it is comforting to see how the community of Thousand Oaks has come together to help each other heal and rebuild.

I'm also amazed at the strength of the victims' families and first responders. Interviewing them and witnessing their fortitude has helped this journalist more than you know.

And to them, I say thank you.